A Valentine patent kept Escort from putting directional arrows on its radar detectors for years. More than two decades later though, the former no longer had exclusive rights on the indicators present on their products (like Valentine One) and Escort is free to do what it wants and to do it better.

Did You Know? If you’ll get a speeding ticket while using the Max 360 – EscortRadar will Pay for it!

The Escort Max 360 radar detector is the first from the Escort Max roster to be installed with the indicators and it did a better job. This Escort Max product has received rave reviews for how it has improved performance especially in range detection but is it worth the buy?

Let’s find out in this Escort Max360 review! 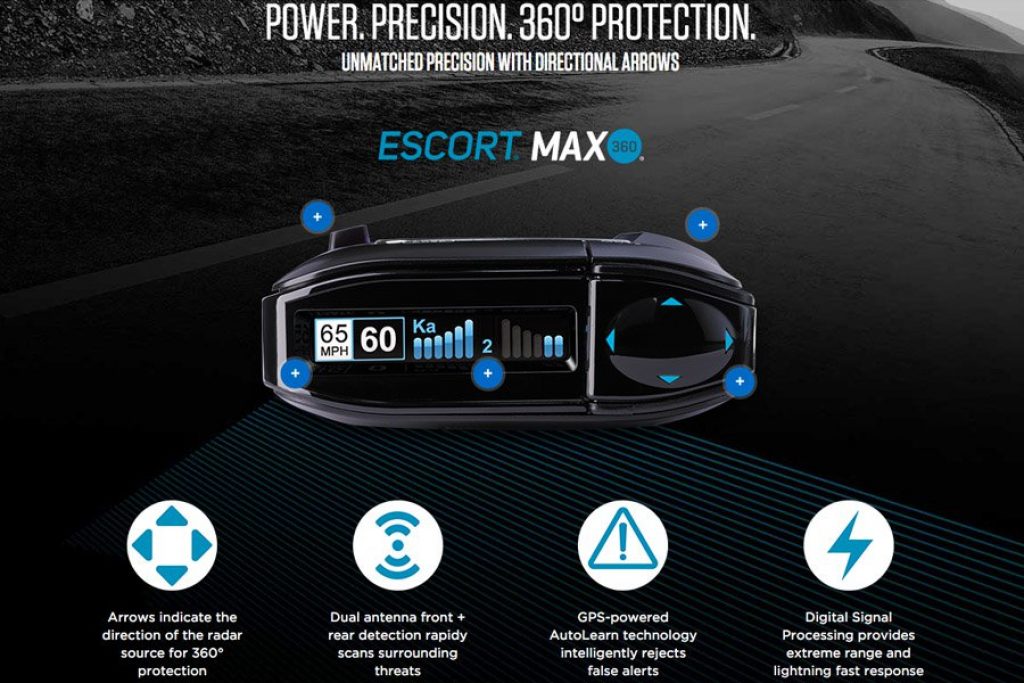 First, the design of the Escort Max 360 radar detector isn’t one to be ignored, especially when compared to that of the first Escort Passport Max and the Escort Max 2. Besides being sleeker, it also is sturdier and able to withstand pressure, although we aren’t encouraging you to test it out!

The windshield mount has improvements compared to previous versions like the Passport Max. It’s durable and stable enough to keep the radar detector in position. Escort Max 360 is a heavy beast at 12 ounces, and it’s not small either.

It may take a while to master all seven buttons on the radar detector—sensitivity (SEN), brightness (BRT), volume (both + and -), mark location (MRK), mute and power —but eventually, you’ll get the hang of it.

Escort is taking concerns on its OLED displays by adjusting the Escort Max 360’s display so that it’s not washed off by sunlight and readable in almost every lighting condition, although it still isn’t as clear as we hoped it would be.

The display has everything you might ever need, supplying you with important information so that you can reduce speed accordingly. Spec and Expert modes even detail on the display the location of the radar picked up and its strength.

We’re starting with a feature that had many customers excited to test out this Escort Max model: the directional threat arrows, which are lifted and improved from Valentine’s radar detectors like the Valentine One.

A consensus has been reached in the community that this works better than Valentine’s (even the Valentine One) and is much more informative and understandable too when identifying the radar source. You can read more about that on our Valentine One VS Escort Max 360 comparison.

The four arrows glow depending on the type of signal it receives from a radar source: blue for K band, red for Ka band and green for X band. It takes a while for the machine to register the change of location though, just like when you think it would if passing by a police radar gun detecting speed.

Directional threat arrows aren’t the only features worth noting in the Escort Max. Max 360 also has the front and rear antenna, which increases its sensitivity to signals from police radar guns. The windshield is the standard place to put it for maximum range.

It’s capable of picking up even faint signals of radar and then alerting you ahead in the process, especially when it comes to the K and X bands. As such, you can reduce your speed with enough time.

But is it any match for the Uniden R3, long considered as the best of the best? Well, read all about detection range and more of the two in our Uniden R3 VS Escort Max 360 feature.

You can expect a quiet drive with this radar laser detector, although one that beeps a lot more in comparison to the Passport Max and Max 2.

Even though it’s more sensitive to an alert or signal due to the rear antenna, this is balanced out by the installation of filtering systems in the software such as the traffic signal rejection (TSR) and Escort-patented AutoLearn technology.

AutoLearn automatically filters out stationary false alerts so you don’t have to lock them out manually.

Like any other radar detector used on the market, this isn’t completely immune to false alerts, and some blind-spot monitoring (BSM) systems slide through the filter and alert you.

But while it has a few sensitivity issues compared to the Passport Max, it still does a great job filtering out most like if a signal is coming from automatic door openers. And you can customize sensitivity settings to ignore signals from a low power source.

The presence of GPS is also helpful in keeping beeps down especially in a radar-filled driving environment. This is already a given in previous top Escort radar detectors, but the company improves this GPS capability for the Max 360 with a tightened radius.

With GPS, you will be informed of every kind of threat used (whether it’s a red light camera, speed camera, speed trap or others) and its location. The Escort Max 360 comes preloaded with the Defender Database for free, with thousands of locations of threats.

The volume of alerts on Escort radar detectors has been criticized previously but the one on the Max 360 is reasonably better in every aspect.

Many features are improvements but there are those that stay true to the Escort brand, just like what we established by comparing Escort Passport 9500ix VS Escort Max 360. Voice alerts are also enabled so you don’t need to glance on the machine and is also available in Spanish besides English.

For added protection, a Max 360 owner can opt to connect to Escort Live app which gives access to locations of both radar and laser threats. Available in both iOS and Android, the Escort Live app can also be used to provide the speed limit for your location and display your current speed on the radar detector.

Other Escort radar detectors in the company’s lineup have this feature, but you can learn how the Max 360 fares against other detectors by comparing Escort IX VS Escort Max 360, and a few more. 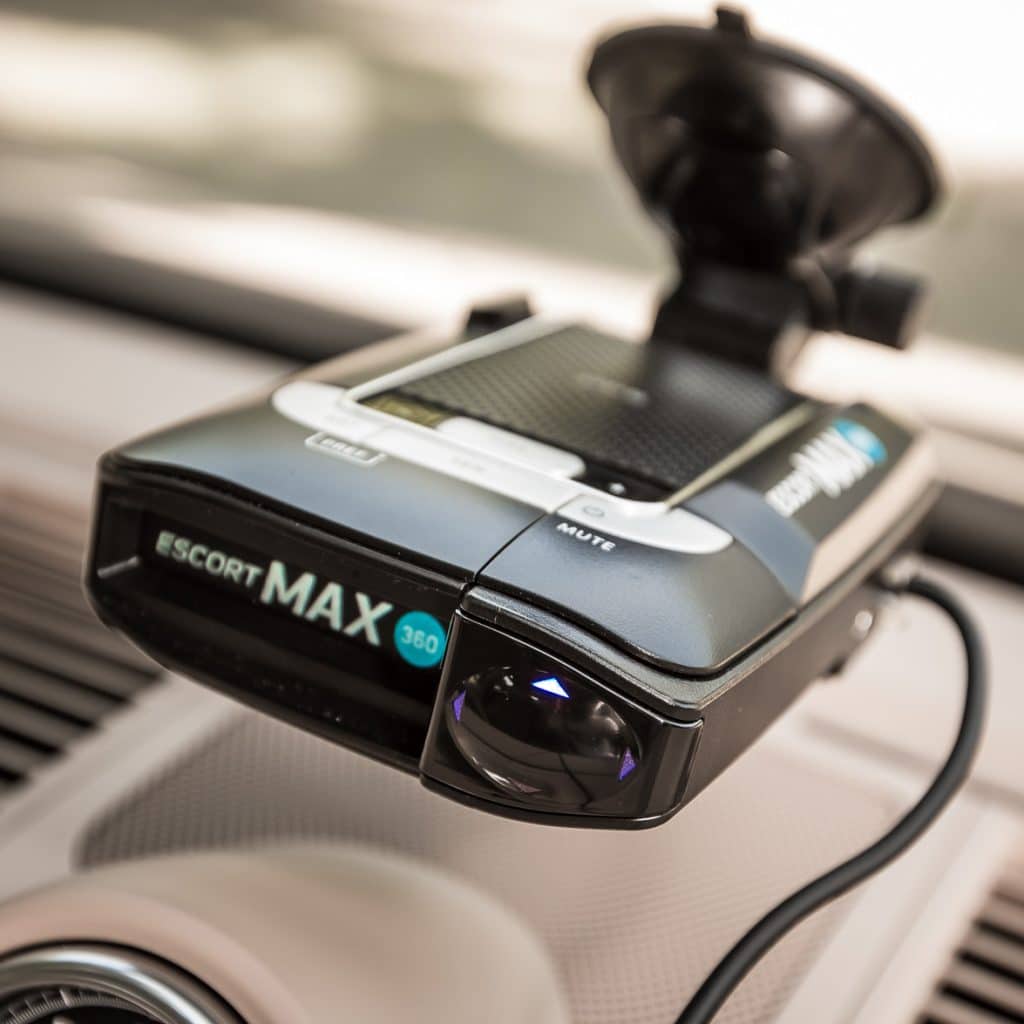 Q: What should I expect to find on my Max 360 package?

A: Besides the Max 360 itself, it should come with a travel case, a Sticky Cup windshield mount, a 12V SmartCord, and a user manual for the product.

Q: Can I use the Max 360 outside the United States?

A: Escort claims not to monitor overseas frequencies at the time, but it should work in areas where similar radar bands are in use.

Q: What would I learn from the radar detector’s Expert Mode?

A: With the Export Mode, you can see up to 8 radar signals being monitored at a time, the bands associated with each one as well as their relative strength. 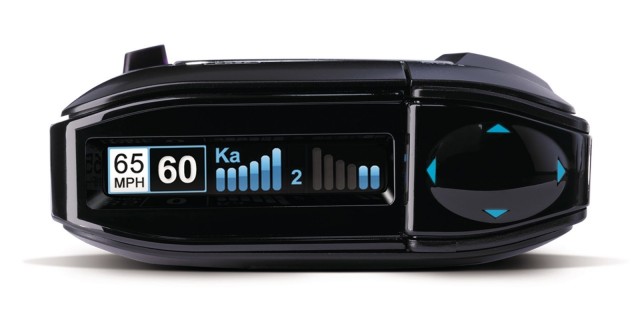 It’s safe to say that the Max 360 may earn the hearts of many as the best radar detector. Max 360 offers better software performance and driving awareness because it uses its new directional arrows, which Valentine patented for years.

It boasts of increased range and sensitivity because it uses a rear antenna. The false alerts filtering it provides due to BSM systems and the promptness of arrows’ indicators on threats changing positions could be improved.

Although this radar detector passes our test and review, the Max 360 radar detector is, however, still not immune to RDDs at this time. You can weigh if the feature matters much more to you in our comparison of Escort Redline Ex VS Escort Max 360.

Overall, it’s a great gadget to have in your car to be used for protection against speeding tickets. It also protects against speed traps. If you can afford to buy the Max 360, you can maximize the features it offers by modifying it based on your driving style.

You can also keep yourself within the normal speed limit and mark locations of false alarms through the GPS. Plus, it has a 1 year warranty so you’re protected as well.

Still, it’s a few hundred dollars cheaper than the 360C while essentially staying the same and having all of its new features save for WiFi connectivity. If you’re looking for the best radar detector, search no further than this.

Did You Know? If you’ll get a speeding ticket while using the Max 360 – EscortRadar will Pay for it!