The Escort Max 360c may have been under consideration for you in a while, but after you’ll buy it you’ll know you made a good choice. It has been lauded for its extensive features that build on the brand’s previous devices, especially the 360, with its American manufacturer claiming that it beats older releases inaccuracy while having lesser alarms because of an intuitive technology installed in the radar.

Did You Know? If you’ll get a speeding ticket while using the Max 360C – EscortRadar will Pay for it!

It is also record-setting for being the first system intended for a connected car. One factor that differentiates it from the rest and might be a reason why you haven’t bought it yet is the high price point. Would it be worth it (and would you be willing) to shell out more than half a thousand dollars for this feature-filled radar detector? Let’s cut to the chase with the rundown below. 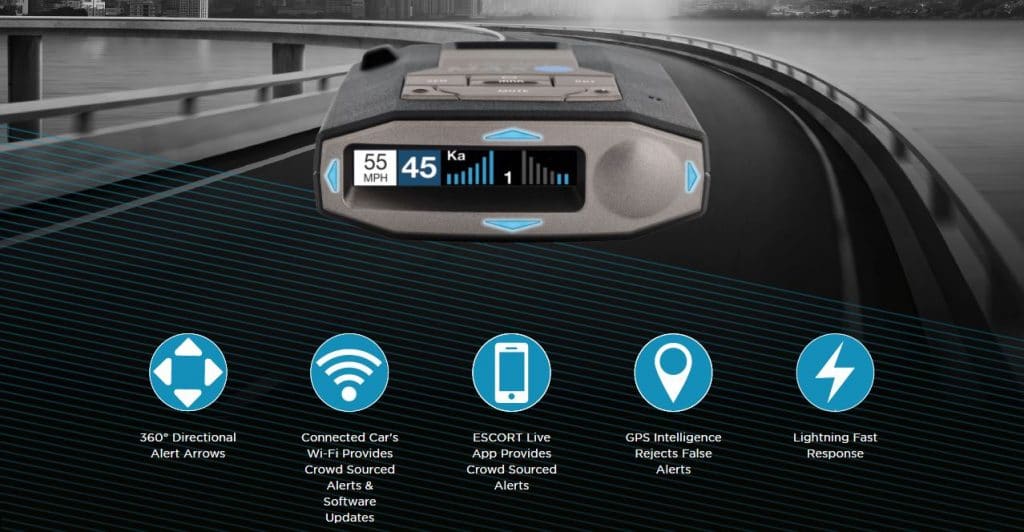 Many would-be impressed that a multi-featured Escort Max 360c does not compromise when it comes to design. It has a premium build, which is only befitting of its price, and also modern-looking for its sharp edges and the black plastic complemented by silver buttons. The directional arrows which it boasts are displayed in front.

After purchasing it, you’ll get the convenience that comes with the device, including an EZ Mag Mount and a 12V SmartCord paired with a USB port.

One of the few things that could be improved on the Escort Max 360c is its OLED display, which pales in comparison to LED. Don’t get us wrong, it can work with full graphics, but that’s not something you can enjoy all the time. As with other electronic devices, visibility can suffer on bright, sunny days, so there’s a struggle reading off what’s on the screen on similar instances.

360C’s Features Review – Need to know before you buy!

A major improvement on the Escort Max 360c, at least as advertised by Escort, is the detector’s compatibility with connected cars. When logged in on the car’s Wi-Fi connection, the device automatically accesses Escort Live; it is notable that this can be done in the absence of a phone.

Both software and firmware could also be updated through this method, so removing the detector from your vehicle to make sure everything’s up to speed is rendered unnecessary. The Max 360 could also access the Internet through your phone with hotspot, full review here: https://www.ratedradardetector.org/escort-radar-detectors/escort-max-360-review/.

The Escort Max 360c is just like the older Max 360 in that it has directional alert arrows. Despite the difference in positioning, it functions the same way in that it indicates where the threat is coming from. Many users have noted that the arrows are highly accurate, and sunlight does not get in the way of interpreting the direction of a threat.

The Escort Max 360c is designed to alert you in advance of red lights as well as locations of speed cameras.

False alerts can highly factor in when deciding to get a radar detector or not. Thankfully, the Escort Max 360c is built with the Escort AutoLearn Technology that depends on GPS. Through it, the detector stores signal you’ve ignored in places you’ve frequented, giving fewer sound alerts that end up not being causes for concern.

Extreme range is one benefit to the device, its lightning-fast response is another, thanks to its built-in digital signal processing. The performance-based on detecting Ka and K band signals is exceptional on the radar detector. It beats most detectors in this aspect, except the Uniden R7. You can see how the two fare against each other on our Uniden R7 VS Escort Max 360C feature.

Unique to Escort, the app connects the user to a community of 3.5 million drivers that give actual alerts based on their own routes and learn from yours. 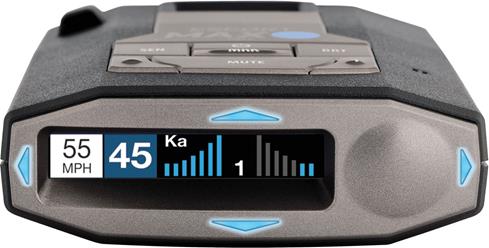 While most radar detector enthusiasts claim that Max 360 and 360c are practically the same performance-wise, there are features that make 360c a better choice than Escort’s older model.

The 360c, released two years after the 360, has the advantage of Wi-Fi connectivity that allows easy software updates. Escort designed 360c in a slimmer build, with directional arrows much more visible to the user.

These added features may not hugely affect the performance of the 360c as compared to that of 360, they still significantly improve user experience.

With a more easy-to-use and user-friendly design and features, 360c is still a better option when choosing between Max 360 vs Max 360c.

A: A big difference is the former’s compatibility with connected cars, earning it the letter ‘c’ on its name compared to the older version. The directional arrows are placed on different areas, and the build is distinguished as well.

Q: How often will it receive updates?

There is no definite number, but It will as soon as there is an available update issued by Escort. It will also be more often than older devices that have to be connected to a computer for updates.

The Escort Max 360c is truly a marvel, performing as expected of a premium device in many areas. The features, such as Wi-Fi compatibility, afford a driver many conveniences without much interaction with the device. What are you waiting for? Get it now!

Did You Know? If you’ll get a speeding ticket while using the Max 360C – EscortRadar will Pay for it!