May 10, 2018
This product has been discontinued by Whistler, for updated options that will save you from expensive speeding tickets, check those:
For The Best Models in 2020: https://www.ratedradardetector.org/blog/best-radar-detector/

Whistler Pro-78SE is treated as one of the best radar detectors in its price range. It comes with great features and it is more than efficient in detecting police radars. Despite the fact this model isn’t a brand new device, it has been updated, so now it comes with improved feat2ures and several additions that the previous model didn’t have. On the other side, the price of this model is similar to the older unit, so it is still a great investment if you take into consideration that it can protect you from a speeding ticket. We were able to test this model and now we can share the detailed Whistler Pro-78SE review with you. 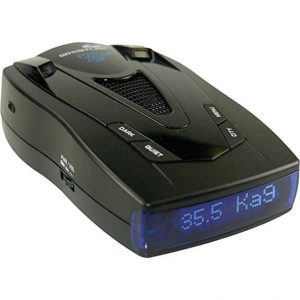 The main features of the Whistler Pro-78SE: 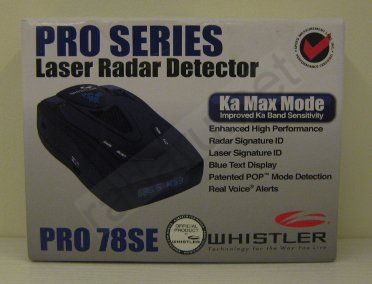 a Blue Text Display, which can offer better visuals on important information that the driver needs from the device. The indicated visual confirmations are signal detected, the strength of the signal and the different modes of operation. But when the driver needs a low-key device to accompany a concealed drive, this detector automatically switches between dim and bright settings, illuminating the text display only when the lighting conditions are poor.

The ability to verify the signal is one feature that’s admirable about this product too. This prevents the driver to be falsely warned of a signal from another radar detector, especially when it’s close by. Through this, there will be less annoying warnings and notifications.

What owners have to say about Whistler Pro-78SE

Due to the fact this is a common choice of most people, we had to include their opinions in our review. This also means that this Whistler is based on real user experience, making it much more accurate.

Q: Would the hardwire kit need another fuse or can I plug the positive into an empty fuse slot?
A: You can do either of those options. But if given a choice, go for an empty fuse so your amperage would not be limited.
Q: Does this device feature the new OLED?
A: No, it doesn’t. This model features the dot-matrix. (Click for a detector with a better display: https://www.ratedradardetector.org/whistler-radar-detectors/xtr-543-review/)
Q: Does this radar detector come with a mounting device?
A: Yes. It comes with the package and it’s a removable type.

Overall, the Whistler Pro-78SE offers a great deal of protection, coupled with a lot of helpful features that include convenience, fewer falses, and great performance. In the end, we can say that Whistler Pro-78SE is a great police radar detector, and one of the best if you take the price into account. Head on over to this link to see a currently available Whistler radar detector.