Simple, affordable and efficient are the best words that describe the Whistler XTR-145. Keep in mind that this radar detector has a low price, so don’t expect some high-end capabilities.

However, we were pleasantly surprised by the efficiency and the number of features this device has to offer. It should be one of the Whistler radar detectors on your list if you are planning to get protection against police radars. Here is the detailed Whistler xtr-145 review that should help you in choosing your next device of this type. 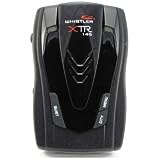 The Whistler XTR-145 has a user-friendly design that’s also ergonomic, ensuring that the user will have a convenient time using it. It’s added with necessary buttons to make adjustments of settings easier, including the volume, quiet button, CITY button, Dim/Dark button, and Menu Button.

The display shows icons that help you realize what a threat is in question. Also, they are simple and practical. It can be dimmed and it will be turned off when the radar detector detects a threat. On top of the device, the manufacturer placed LEDs, so they can help you realize that there is a threat much sooner.

But when the visual mode of alerts would not suffice, the alerts also come in an audio version, which can be convenient for the user. This device also has alert periscopes that, through an LED located at the top of the unit, can provide added visual alerts.

Super Wide Band, K, X and Ka bands are supported. The laser is also easily detected by this device. This also means that you will be protected against all known ways the police are using to determine the speed of your vehicle. The coverage is 360 degrees, so this radar detector protects all sides of your vehicle, from the rear, the front, and the sides.

It also has Several city modes that are useful in reducing the number of false alerts. But once the tone alerts, a standard feature, sets off, they are loud, so you can hear them even when you are listening to the music. 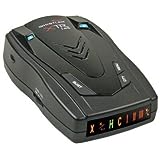 What owners say about Whistler XTR-145

To make the Whistler XTR-145 review more accurate, we included the opinions of people who already have and use this radar detector and it’s earlier version – the XTR 140. Thanks to them, the best features of the Whistler xtr-145 will be shared with you. If you are planning to get this radar detector, you should know all the benefits and advantages of this product. In general, the highest amount of owners appreciate:

Q: What comes with the radar detector when I purchase?
A: The package contains a power cord for plugging to your car’s lighter.

Q: Any difficulties with the window mount for this radar detector?
A: No problem, whatsoever. It sticks and releases easily and without hassle. You wouldn’t have any problem with it.

Q: Is set up complicated with this model?
A: not! You just plug the device in after mounting it to wherever you please, and then it automatically sets itself to HIGHWAY. Just adjust the settings as required. 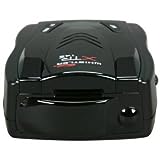 Simply said, the Whistler XTR-145 is a great radar detector that has a lot of features and it comes at a low price. It works well with detection of the radar in the city, so for urban dwellers hunting for a detector that wouldn’t break the bank but serve its core purpose, then this Whistler detector is the right pick for you. Looking for a newer XTR model? check XTR-438 review.

William
William Johnson is the owner and founder of RatedRadarDetector.org. He writes about car accessories, with his passion stemming from a deep enthusiasm for all things automotive. His website, RRD, focuses on in-depth reviews of car accessories to help people find the best and latest products in the market.
Latest posts by William (see all)
Whistler XTR-145 Review
William Johnson
7.5 Total Score
Overall Customer Rating
User Rating: 2.99 (27 votes)