The Passport 9500ci left large shoes to fill. Thankfully, its successors, the Escort Max Ci and the Ci 360, were up to the task. The two are essentially the same save for some features, but those differences do not compromise the performance of either one. What they both achieve are improved detection, laser shifting, and design, both for the sake of ease of use and protection.

The Escort Max Ci is the more affordable of the two as it retails a few hundred dollars off compared to the Ci 360. The main difference lies in the extra set of receivers and laser jammers for the latter, although whether these are necessary is left to the judgment of a potential customer.

Even without the added accessories, the Escort Max Ci has been proven to possess an excellent detection range. If you’re one of the few who could afford both and are torn which to pick, then looking a bit more into the Ci might help you finalize the decision. 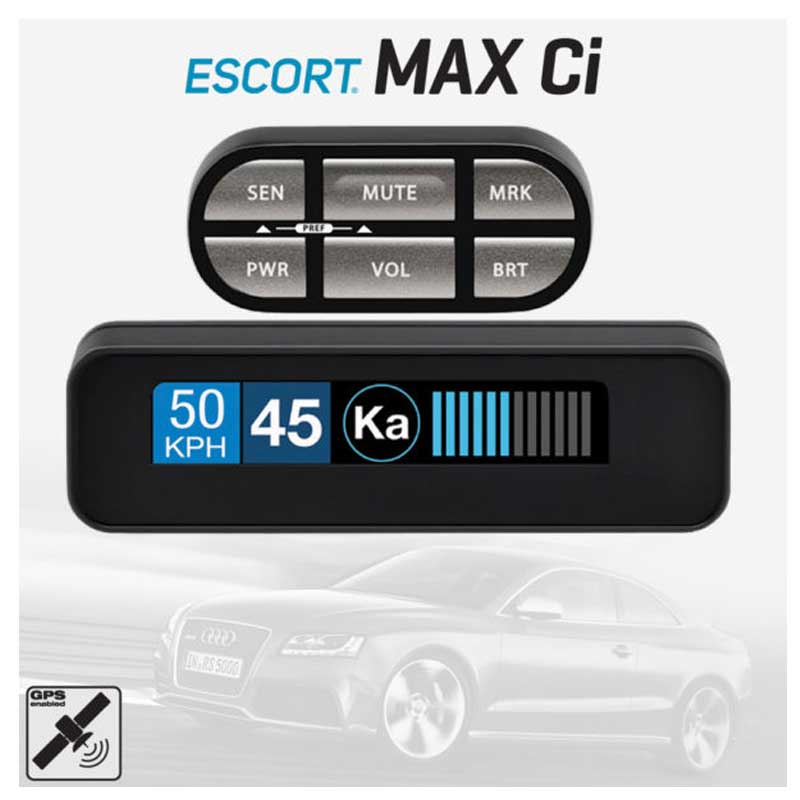 The dimensions of the Escort Max Ci and Max Ci 360 do not differ at 20″ x 23″ x 9.75″, but the former is lighter as it only weighs 25.2 pounds. This is owed to the additional components of the Ci 360, such as the rear antenna, additional laser shifters and directional arrows which are also present in the Max 360 and Max 360C models. Another distinction, which does not contribute to weight but is related to the extra accessories, are the display options.

Escort is resorting to the more power-conserving OLED display for the Escort Max Ci twins. While it has its benefits, it comes at the expense of the driver’s safety and comprehension of the signals. As with other models, the low contrast prompts the user to look more intently on the screen that is already crammed with information.

It does, however, give the choice to pick a dominating color, which can be amber, blue, red or green. You also have the option to shift between simple, standard, spec and advanced mode, depending on how much information you’d want to be flashed back to you.

As a custom-installed radar detector, the Escort Max Ci is equipped with a control that is only as big as one’s thumb. And as if the rest of the detector isn’t concealed enough, this one can easily be put in any compartment that losing it becomes possible. It is backlit though, which is great at night and can help in finding it in the chance that it was misplaced.

The Max Ci lacks built-in WiFi by design though, a feature present in devices such as the Max 360C which makes downloading updates to the firmware easier. 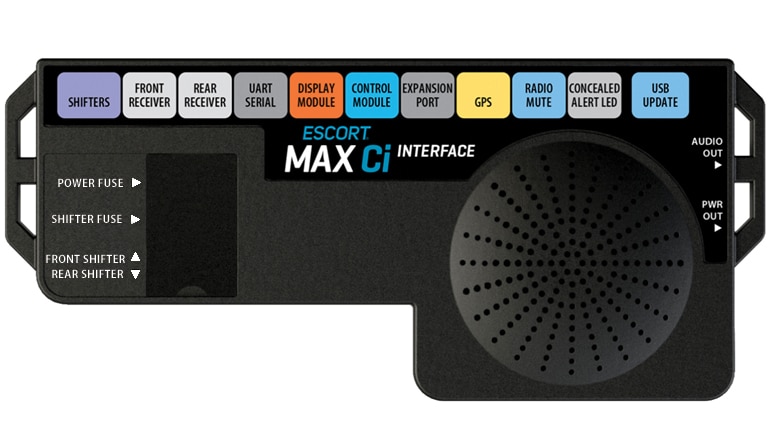 Improved range than the Passport 9500ci

That’s saying a lot because the Passport 9500ci was at the top of its game when it comes to this aspect. Max Ci surpasses its predecessor on the Ka, K and X band. Sensitivity to the Ka-band can lead to more false alarms though, but an AutoLoK option could be activated to weed these out.

Can be installed discreetly

This is partly the reason for its hefty price but you can go about your drive with the components carefully arranged and hidden on your vehicle. No one would ever think you have a radar detector running unless you tell and show them.

The Max Ci is shielded not only against radar but also by laser. Its Laser ShifterMax can keep police lasers, no matter how near, at bay.

Unlike other Escort radar detectors, there is no need to buy a separate device to enable Bluetooth because this one has its own. Through this feature, you can connect to Escort Live so you can be made aware of threats encountered by other Escort users. The Defender Database is also helpful in locating speed and red light cameras for some months after activation.

You can count on the Escort Max Ci to be quiet throughout your road trip, which would only be disturbed in the case that an actual police threat is detected. This is a technology that is also enabled in other Escort models such as the Redline 360C.

This is another step created to counter the emergence of false alarms, but without much to do on your part. All you’ll have to do is go your usual way every day and ignore some warnings. Soon enough, the radar detector will categorize it as a false alarm.

Knowing when you’re overspeeding is helpful when you’re using a radar detector. However, not everyone is a fan of such a feature. It is set to 70 mph as a default. Connecting it through Escort Live will make the limit adjust according to the state’s laws. 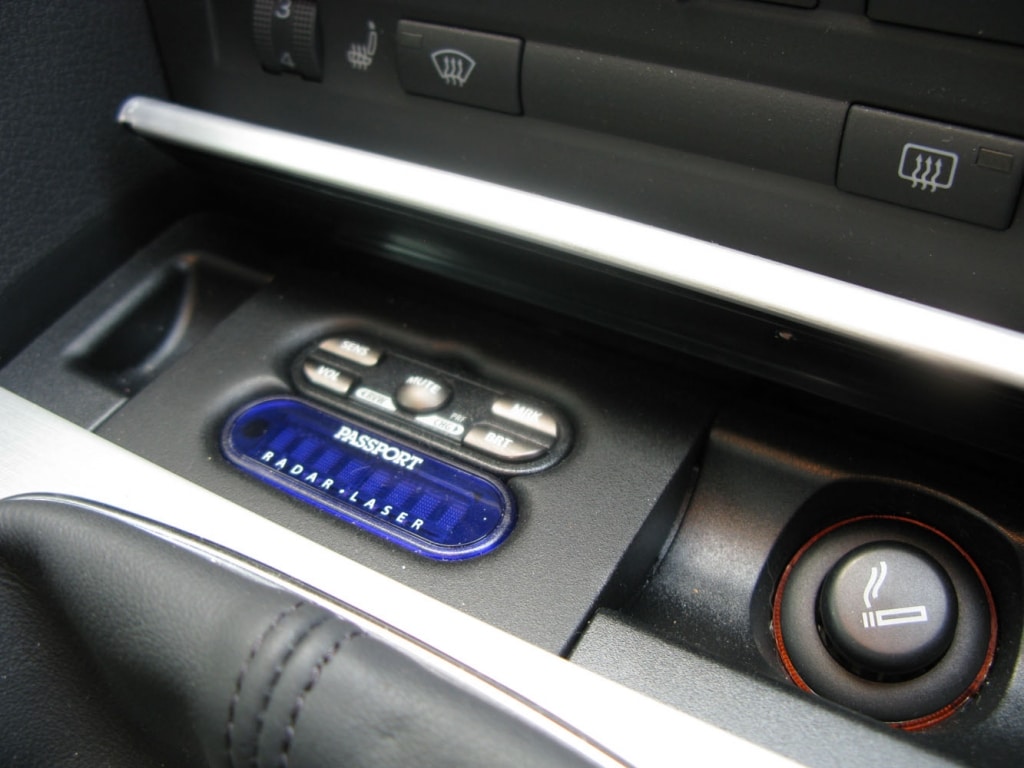 Q: What can we expect to find in a Max Ci package?

A: In addition to the Escort Max Ci itself, there will be a controller, a radar and laser receiver, a GPS antenna, a vehicle interface, and two ShifterMax sensors.

The Escort Max Ci is very similar to the Max Ci 360 in terms of performance even when it lacks the directional arrows of the former, and has even less false alarms because of this missing feature. Voice alerts are also crisp compared to earlier versions.

All these make the Max Ci a worthy inheritor of the Passport 9500ci’s previous title. Although, even without the extra sensors of the Max Ci 360, the price is still out of reach for many even when considering its age. That is a considerable hindrance for getting one of the best out of Escort’s product line, but of course, there are still other corded Escort detectors that are viable alternatives. For other amazing detectors from the brand, check out our Comparison of the Best-Performing Escort Radar Detectors.