July 19, 2018
This product has been discontinued by Cobra, for updated options that will save you from expensive speeding tickets, check those:
Best Radar Detectors in 2020

This may not be the best-looking radar detector out there, but Cobra makes some pretty good detectors and they’ve done it again with the Cobra Digital XRS 888. While this thing looks like a toy you’d get out of Walmart, there’s a lot of features in here and don’t be fooled by the low price. Cobra’s pretty good at making things for a low price rather than charging an arm and a leg. So, does this detector hold up to the current standards of other detectors on the market or does it fall flats on its face as a cheap detector? 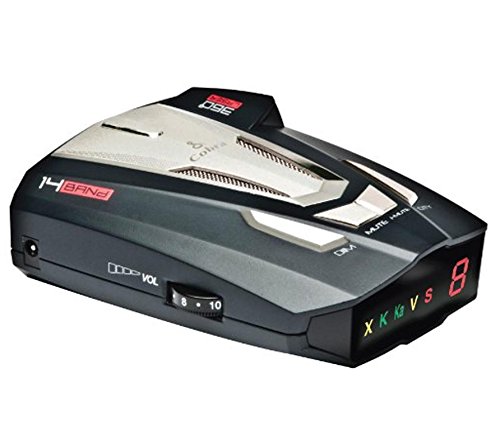 As mentioned earlier, we realize that this thing looks like a toy and we have no idea what Cobra was thinking when they chose the color scheme of this product. The standard black plastic cover is nice but the choice of worn-out greyish color plating and the hard to look at red lettering on the plating is a questionable choice. The monitor itself is easy to see and pleasant on the eyes, so we have no complaints there. Like some of the other models, they’ve included three different volume adjustment tools.

There are three different volume control buttons on the detector, one of which will mute the detector completely, one that will control the overall volume (that also has an off button) and the other one which will mute only certain traffic. It’s nice that they’ve added some flexibility to when you hear audio commands but they could’ve probably built that into one button.

Cobra Digital XRS 888 radar detector comes with technology dubbed as Xtreme Range Superheterodyne Technology. There’s not a lot of specific information on exactly what this technology does but we do know that it provides a powerful range and allows you to scan for police detection systems further.

One of the most annoying things about radar detectors is that unsightly popping which can be a nuisance to listen to while you’re driving and it can be a bit frightening sometimes when it comes over without warning. This radar detector doesn’t pop at all and you’ll never notice if it does because it comes with built-in anti-popping technology.

Surprisingly, some radars are still stuck in the past and only cover your field of motion when it comes to detecting police radars and laser signals. Yes, those are still a thing but this model has 360-degree detection of every type of signal including lasers.

This detector detects all kinds of different lasers and radars, including VG-2 alerts, even the ones that are undetectable. Even further, you can detect Spectres that aren’t detectable as well, so you won’t have to worry about those new modern detectors that police are using nowadays because this radar scanner will pick them up. Whether they’re a block away or several blocks away, you’ll get an audible and visual alert on the detector the second it detects anything. 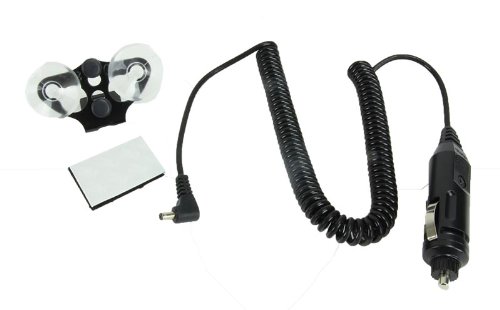 Q: How can I switch between the city and the highway?
A: If you’d like to switch, there’s an easy to access button that allows you to switch between interstate or city on top of the radar. Simply press it and it switches within an instant. When you’re back in the city, just press it again and make sure that it’s selected for the city. There’s a manual for the unit that’s included with the packaging that’ll tell you how to do this and how to run other functions on it.

Q: What about a windshield mount?
A: It does come with a windshield mount, so you won’t have to purchase an additional amount for any reason. It also comes with a power cord as well to let you plug the thing in straight out of the box. No additional purchases are necessary once you get this product.

Q: How long will this product last?
A: While the actual product came out sometime in 2013, people are still using it to this day without any issues, without any faults and we haven’t seen complaints of people having to send this back for any reason.

We like the voice of this model and we think it’s a great unit for keeping yourself out of a traffic violation on the road. Also, the Spectre alert (same feature with Cobra XRS 9945) is pretty incredible and works even for the undetectable units. The display data is really easy to read and overall, we were thoroughly impressed with the XRS 888 model because going in, we had low expectations due to the pricing point of the product. Don’t ever be fooled by the low pricing.