Cobra Radar Detector Codes – What You Have to Know

Radar detectors are useful only if you install them properly and if you know how to read their codes. And if that isn’t the case, you will end up with a device that you don’t even know how to use. If you have a Cobra model, Cobra radar detector codes are similar to other radar detectors.

These codes may seem complicated at first, so we’ve put together this quick guide to tell you everything you need to know.

Right before delving into radar codes and other alerts, let’s clarify what RADAR means first.

What Is A Radar?

RADAR directly means RAdio Detection And Ranging System. It makes use of a transmitter that uses radio waves or electromagnetic signals to determine the geographic location or speed of an object. When it comes to traffic enforcers, they use radar to check the speed of cars.

On the other hand, radar detectors use radio waves to the driver’s advantage by detecting the radio waves from the radar guns before they can determine your speed. This buys the driver time to take action before cops pull him over for speeding.

What are cobra radar detector codes?

Radar detector codes are used to alert drivers with unique sequences that set apart one code from another. For newbies seeking to understand their Cobra gadget better, it’s important to know the different codes and the meanings behind the radar detector’s alerts.

The Cobra codes are X, Ka, and K, which we’ll separately discuss later. These refer to cops’ gun frequencies, which are often the same codes that other radar detectors use as well. So if your radar detector is missing one or two of these codes, that means you should be concerned about its effectiveness as a radar detector.

When it comes to detecting law enforcement radars, you might want to have an as wide range of frequency as possible. This is to ensure that you would be covered and protected no matter what type of frequency is shot in your direction. 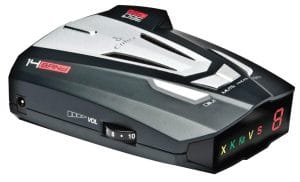 One of the oldest codes, the X band can still be picked up by Cobra radar detectors. (Note: Cobra detectors can detect only as old as X bands, no further than that.) While the X band isn’t commonly used nowadays because of its “age” and most radar guns have been upgraded, there’s always a chance that it might still be used by some officers.

The good thing with a Cobra radar detector is you won’t be caught off-guard by this band. Especially when you’re in the US States like New Jersey, North Carolina, and Ohio, you might still pick up X band signals from time to time. However, note that the X band can send off a false signal to your radar detector, especially when there’s an automatic door opener nearby.

As a product of more modern technology from just a few years ago, the K band is far ahead compared to the X band. It’s very common in the United States, and as such, many recent radar detectors wouldn’t have any problem picking up this specific signal.

The K band is still prone to false signals, but it wouldn’t compare to the false alerts of the X band. But since 2018, as the modernization of traffic gadgets continues, this signal is used less and less.

Even newer than the K band is the Ka-band. It’s the latest and most commonly used code because many radar detectors can’t detect it (read radar detector reviews). Radar guns used by traffic policemen often switch between X, K, and Ka bands, yet they often stay longer with the Ka-band.

In contrast with the X and K bands, false alerts are rare in the case of Ka bands. Furthermore, alerts on it are slightly more delayed, so make sure you slow down right away when you see or hear that it’s been detected.

The POP mode is completely different than other Cobra codes. It’s only used for special radar guns that have the POP mode, where a radar gun doesn’t fire a steady signal of radio waves than short pulses.

However, law enforcement forces rarely use POP mode because it isn’t very accurate. This gives you an option to turn off the POP mode, as it can reduce the strength of other frequencies.

V is one of the Cobra codes that is used to detect VG-2 devices. The VG-2 devices are not radar guns, but they’re radar detector detectors. As you can tell from the name itself, this device is used by law enforcement to determine which cars have radar detectors in them.

When you should use these cobra radar detector codes? 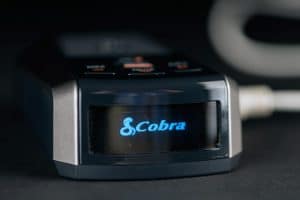 The use of Cobra codes is maximized only if you can determine them properly and know useful information about them.

For example, since X band is rarely used, there is no point in always using this band, especially when it is very prone to false alerts on cities and people-saturated areas. However, make sure it is ON when you are driving on highways because you might chance upon a radar gun that switches to this band from time to time.

On the other hand, both K and Ka bands should be used all the time, because most cops radars use these relatively newer frequencies.

Although it’s important to react quickly whenever your Cobra radar detector warns you of a specific signal, take note of how long the alerts last. Often, if you see radar detector codes alerts for just a brief period, there’s a good possibility that they are false alerts.

But remember, it’s always better to be extra careful, so a cautionary slowing down and staying within the speed limit would ensure that you’re not apprehended by officers.