April 8, 2018
This product has been discontinued by Cobra, for updated options that will save you from expensive speeding tickets, check those:
Best Radar Detectors in 2020

Cobra XRS 9745  is the next-generation model of Cobra detectors.  This particular model of radar detector from Cobra is one of the most advanced models available for sale today. Not only it is capable of detecting all radar and laser signals, but it is also capable of detecting the most popular radar signals of type Ku. Across the major parts of Europe, the US and Canada state a good number of Cobra XRS 9745 reviews. This model features numerous lists, but individually in the review, it holds more impressive points that should leave you with no doubts about purchasing one. 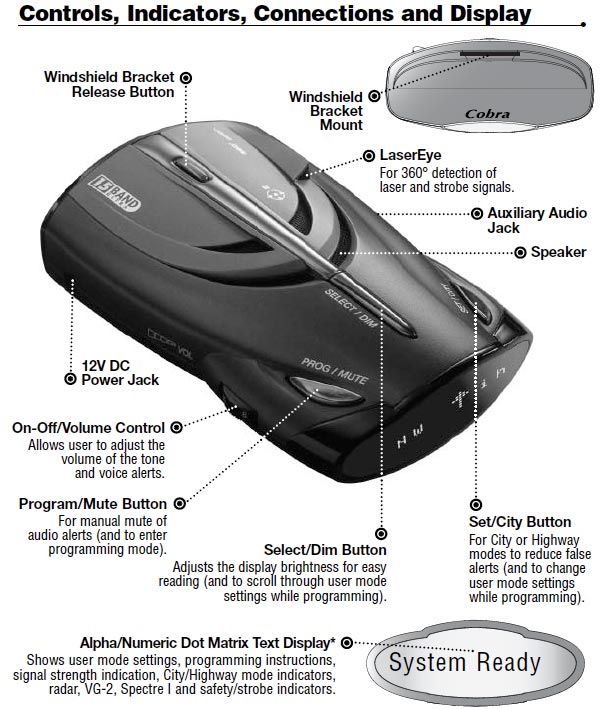 Cobra XRS 9745 comes with VG-2 and Spectre I/II protection that means, no law enforcement detectors can attempt identifying your radar device. Other Cobra model that comes with these features are the SPX 900 and SPX 955.

The other more two features that truly set this model apart from the competition, it would be the DigiView Data display and Voice Alert system. The DigiView display provides easy-to-rea 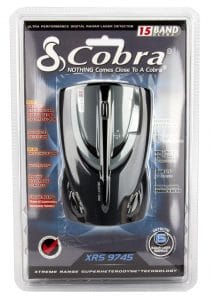 d indicators during operation. Rather than looking down to see which indicators are lighting up as signals are detecting, it also provides audible alerts that tell you which radar bands have been identified and allow you to keep your eyes on the road.

Additional benefits include the IntelliMute system that automatically adjusts the volume of the unit based upon speed and the IntelliShield False Signal Rejection that provides a three-level City mode that helps prevent false alerts that are common in urban areas.

Whenever you power-on, the Cobra XRS 9745 will run through a self-test and will notify you once it is completed.

Under the Smart Power feature, the XRS 9745 will shut off the power automatically when the ignition is turned off. This function will help to save your car’s battery.

The XRS 9745 can detect a total of 13 types of signals from radar to laser (which is way more than the Cobra XRS9370). The radar signals that can be detected are X band, K band, Ka, Ku, VG-2, Spectre I and IV+. As for the laser signals that can be detected, it is LTI 20-20, LTI 20-20, Ultra Lyte, ProLaser, ProLaser III, Stalker LIDAR, and Speedlaser. The XRS 9745 also can detect safety alerts and strobe alerts from emergency vehicles. 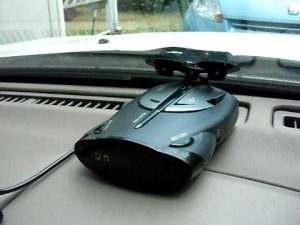 The XRS 9745 cannot be detected
by the RDDs (radar detector detectors) under Spectre I and IV+
and hence the law enforcement officer will not know that you’re having a radar detector on board, it is
another feature that makes this detector one of the best radar detector for the budget.

Although this product has been discontinued by Cobra, it does have a decent performance like these other models from the same brand: Cobra ESR 800 & Cobra Dualpro 360.