Cobra XRS 9370 doesn’t have much flashy advanced features like the GPS to boast about, but it is a well-functioning radar detector that gives you your money’s worth. It might have been once among the best out of all the radar detectors found in the market, but the advanced models of today kept up with it. However, this device will ensure you instant protection with its POP instant-on radar and from all directions, with its 360-degree laser coverage. If you want to see the newer version of this model, check our XRS 9470 review. 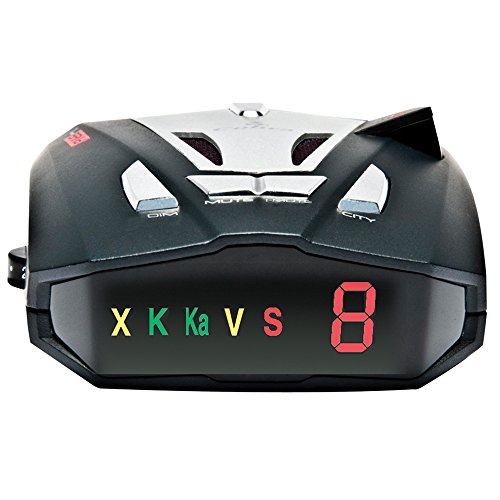 The XRS 9370  is a compact radar detector that looks very impressive, thanks to its sleek design, complete with the switches and displays vital to its function as a reliable, fast-processing detector. The UltraBright™ LED display added to its front provides the definitive focal of the detector’s aesthetics, complete with gray and red accents in its casing. On the side, it features an easy to use volume control, so the driver can adjust the loudness of alerts as preferred. With its size and weight, it can be easily mounted to your windshield without attracting too much attention. Just use the two suction cups and a mounting bracket that comes with the package, and you’re all set.

The great range that the Cobra XRS 9370 boasts of is because of the Xtreme Range Superheterodyne™ Technology added to it, which allows you the driver to be secured in knowing that a huge distance is covered by the detecting abilities of this device. In any mode, may it be the Highway or City Mode, this radar detector sweeps a wide distance to know if there is a lidar or radar gun presence even from afar.

Partnering the range of this device is the fast detection that’s vital to any radar detector. This Cobra model houses a super-fast circuitry within its compact chassis, enabling it to react speedily when a radar or laser presence is detected. It means that you will be warned well ahead of time and you’ll get an even better understanding of the signal detected with the strength signal meter on the display. This way, you’ll know how far you are from the signal detected.

The Cobra XRS-9370 has a 360 degree detection feature, so you will be protected from laser from any direction, thanks to its LaserEye®. You’ll be able to have a peace of mind while driving, knowing that your radar detector will inform you of any radar or laser presence, especially with its VG-2 Alert® that notifies you when you are being checked out by a VG-2 radar detector-detector. But you can rest assured that the XRS-9370  is invisible to the VG-2.

Aside from it letting you know ahead of time if there’s any signal near you, or doing a fast process so you can know immediately if there’s a signal around you, this model has an automatic shutdown feature. The Cobra XRS-9370 is intelligent enough to detect if it is being detected by any other radar detector.

If you’re a driver who needs your radar detector to have different audio loudness during certain times, you’ll love the easy-to-reach and very convenient volume control scroll on this device. You’ll have a more peaceful ride when you prefer the notifications to be much softer, and if you wouldn’t be going off loudly whenever you’re in the car with someone or when you’re on your phone. 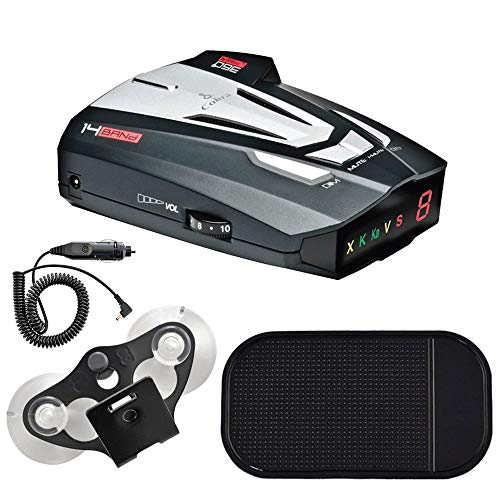 Q: Do I have to buy a separate power cord?
A: No. As already stated, the device comes with necessary accessories for it to function well, including the power cord.

Q: Can this radar detector function without the cord?
A: No. Cobra XRS-9370 isn’t a cordless radar detector and it isn’t powered by batteries as well. You need to keep it plugged in your cigarette lighter while on use.

Q: Is this able to detect signal for 360 degrees?
A: Yes. This Cobra model can detect signals from any direction. It doesn’t get easily blocked by certain objects, like windshield and body of the car, so you don’t have to worry about radar signal escaping the ability of this radar detector. 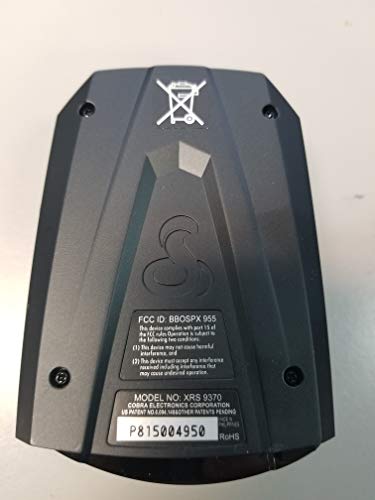 Cobra has done a pretty good job of incorporating important features on the Cobra XRS-9370, which enhanced its range, reaction time, alerts, and all other key points any driver needs from a radar detector. Despite its plastic casing, this model still maintains a sleek look that gives an idea of its quick processing of the signal, giving the driver the heads up he needs right away.

It may have some mishaps on false alarms and it may not have a GPS capability, but the Cobra XRS-9370 is already one feature-packed device that boasts of advanced features such as UltraBright™ LED display, Xtreme Range Superheterodyne™ Technology, and LaserEye®. Overall, it delivers performance that’s beyond what many other detectors of today can do, so it earns our stamp of approval.