Tightening your budget should not keep you from getting the best radar detector your money could afford. Thankfully, there are many options in the market to cater to your wallet.

The Cobra SPX 955 is one of them, but you’d be wrong to undermine it based on price alone. Compared to many of its competitors in the same price range, the Cobra SPX 955 exceeds expectations when it comes to detection range (yes, even in 2020!), a very important consideration, because it employs Cobra’s very own Xtreme Range Superheterodyne Technology.

What is that exactly, you ask? Well, follow along and we’ll learn shortly! 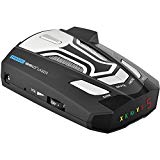 An advantage of the Cobra SPX 955, as well as other SPX units in the series, is its size. The very compact unit is estimated to weigh below one pound. Because of this, and the suction mount that comes with the radar detector, setting this up on either your dashboard or your windshield poses little to no difficulty. The suction mount will also make sure that the radar detector is secured on its spot.

The screen boasts of an UltraBright Data Display. With it, reading the alerts on the device should not be a struggle, which is of the utmost importance when you’re on the road. The ability to adjust the brightness—to ‘bright’, ‘dark’ and ‘dim’—is of course, welcome.

You can easily set alert programming too to monitor certain radar bands. Overall, the Cobra SPX 955 is designed to be intuitive, although going through the user manual would not hurt. When bought, the Cobra SPX 955 also comes with a power adapter.

Part of Cobra’s accessible SPX line, the SPX 955 is similar to the rest when it comes to its promise of military-grade components. It also is marketed by Cobra to use the latest technology (at the time, at least) it has on the small-sized detectors. But is the SPX series, and the SPX 955 in particular, really game-changing as it claims to be? Here is a rundown of the features to back up that assertion. See our review of another model in the SPX series here: https://www.ratedradardetector.org/cobra-radar-detectors/spx-900-review/.

Has alerts for different signals

Be alerted in advance

The SPX 955 is equipped to pick up signals from instant radar guns, even when in POP mode, through Ku band detection and its safety alert feature. That means you can slow down appropriately because you’ve been informed beforehand.

We know we left you hanging with this term, so here it is! The Xtreme Range Superheterodyne Technology is supposed to do a very swift, reliable detection of the area so that you have a counter for the fastest radar guns used by troopers. It doubles what is expected from previous models, such as the Cobra Rad 250.

Nobody likes it when radar detectors pick up false alarms, but while that could not be completely avoided, there are means to lessen it. The IVT is used to filter out signals from collision avoidance systems as well as other sensors.

When your vehicle’s engine revs are below what the activation point that you have set on the device, your detector will automatically have a mute function so that it can decrease the number of false audio alerts. The Intellimute Pro adds another layer of protection so that the SPX 955 remains undetected by radar detector detectors (RDDs) 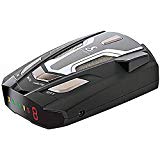 Q: What types of RDDs are detected by the Cobra SPX 955?

A: As per the product’s user manual, the Cobra SPX 955 can detect and be shielded from RDDs such as VG-2, Spectre I and Spectre IV+.

When we said you shouldn’t undermine the Cobra SPX 955 based on price, we meant it. It offers much more than radar detectors at its price range: good design, good range, and even protection from Spectre.

It’s okay to level expectations since this is not at the cream of the crop as far as Cobra detectors are concerned and it’s not game-changing, what with the new technology coming out every day. But this can be for the long haul for its efficiency, which is quite impressive for radar detectors that would not have you shell out hundreds of dollars.