October 25, 2018
This product has been discontinued by Whistler, for updated options that will save you from expensive speeding tickets, check those:
For The Best Models in 2020: https://www.ratedradardetector.org/blog/best-radar-detector/

We do have to be honest, when we first laid eyes on the Whistler XTR-540, we weren’t expecting much. When you see this thing, it’s easy to see why because it looks like a plastic cheap iteration of a real product and we wanted to dive into all the details we possibly could. Is it possible that we’ve found a product for only $40 that not only works but delivers on all the results that it promises? It seems impossible but this may be one of the few exceptions out there of a cheap detector with good performance (e.g. Whistler XTR-195). 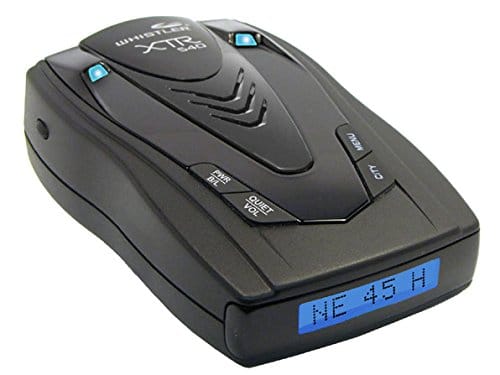 The design doesn’t have a lot to offer. When we first saw the design of the product, we thought it kind of looked like a cheap toy. It looks like something that would print receipts and if we have any complaints on the design, it’s the button placement. The button placement makes no sense and they’re placed in positions where no one could practically reach them but that’s something you kind of have to expect with a $40 product. It doesn’t diminish the quality of the actual product though.

This detector is completely wireless, so you don’t have to worry about those pesky or annoying cords getting in the way that we know a lot of people don’t enjoy. Some people hate having those cords hanging over their dashboard and a lot of them seem to plug directly into the lighter. However, we do know that a lot of people do actually like having those cords in the way and that’s completely fine too.

One of the most unique things we discovered about this particular model was that it included a compass that had 72 points in it. It was something we haven’t really discovered or seen before and it’s highly beneficial to help discover where the speed traps are. This thing is so cheap, that we were really surprised that it had any kind of internal navigation at all, so it was a really pleasant surprise.

When we say cheap, we don’t mean that Whistler XTR-540 was cheaply made because it wasn’t. We mean that it’s cheap because it’s one of the lowest priced detectors we’ve ever seen. We normally wouldn’t cover something with such a low cost because we’d normally consider it junk but this one is an exception. It offers a lot of unique capabilities that other detectors have along with being inexpensive that anyone can get it on any kind of budget. It’s one of a kind and one of those few exceptions that you get what you pay for.

When you’re out and about, you need to make sure that you’re being covered by every angle, every side, and every direction. One of the things we strive to look for in a radar detector is that they provide 360-degree coverage which this detector does, as well as its Whistler brother, XTR-438. This thing is amazing in that sense that no matter what direction the laser or radar is coming from, it will find it. 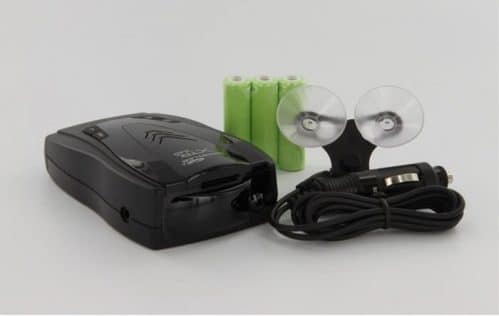 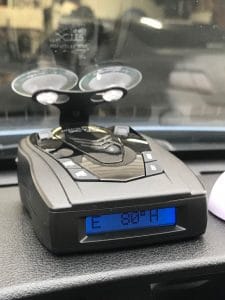 Q: What do you get in the box of this product?
A: When you order this particular model, you’ll get a few different things. First, you’ll get the XTR-540 detector that you ordered, then you’ll get a free windshield mount which will help you attach the detector to your windshield and you’ll also get a power cord to help you plug it in. Also, you’ll also get some free batteries to help operate it since it’s supposed to be operated wireless.

Q: How do I set this detector up?
A: This model comes with its reference manual and user guide so if you have any questions or concerns, you can consult the guide for easy reference. Also, if you want to know how to program this model or how to make it do something specific, that’s easily covered in the guide. There’s not much that isn’t covered in this guide, so that’ll be easy for you to find.

So, is the XTR-540 worth it and what about the low price? We’re just going to go ahead and say right off the bat that the XTR-540 is most definitely worth the purchase even though it’s sold at an incredibly low price. We know that jmost people often say that you get what you pay for but with the purchase of this product, we were pleasantly surprised and taken back. This is one of those rare exceptions and one of those products that challenges that very rule. It’s a solid product, it’ll work for you as it did for us and we fully recommend it, like other Whistler radar detectors here: https://www.ratedradardetector.org/whistler-radar-detectors/.