Whistler CR90 Laser Radar Detector Review 2020
RRD is reader-supported. When you purchase through links on our site, we may earn a commission. Read more.

Not everyone could afford buying a $500-radar detector regardless of the acclaim such an expensive piece of electronics can receive. In the case of issues in the budget, there’s always Whistler who provides the market with radar detectors that are stripped down to the essentials—decent range, laser detection, clear alerts, GPS, among others—at a reduced rate. (For a cheaper Whistler option, see our in-depth review of the XTR-543.) 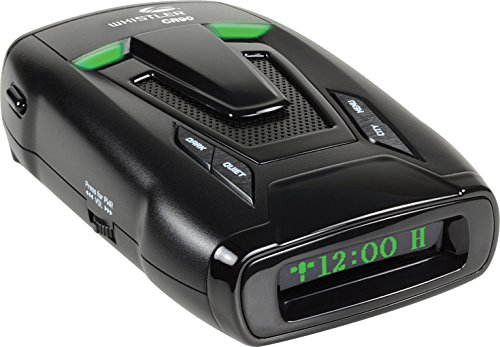 Such is the case for the Whistler CR90, which was once the brand’s flagship model before it moved on the Whistler CR93 (review here). If GPS is an important feature for you, then you’d be glad to know that this is one of the rare detectors sold before the $300-mark, but also comes with other useful functions such as the Stay Alert and Alert Priority. It is also the first Whistler radar detector to have a windshield mount.

Design
It is right to expect for the Whistler CR90 to miss out on the elaborate design of other radar detectors. It is a bare-bones model after all despite being a flagship, and that shows in the buttons that are pretty much basic and straightforward. It does not incorporate bright or off-putting colors on, thankfully, and instead just resorts to an all-black case. This can cause a glare occasionally, but everything falls within expectation design-wise for the CR90.

It comes with an OLED display, but unlike others that suffer from being washed out by sunlight, the CR90’s is bright and comes in high contrast, keeping it readable in different lighting conditions, unlike displays from competing for radar detectors. If it’s too bright or you want to make it appear slightly concealed, dim and dark options are also available.

It flashes blue in case the radar detector picks up radar and laser signals, which are hard to miss but without being painful to the eyes. It is informative too, providing information that is not only pertinent to the radar detector’s purpose but also your speed, direction, and location. 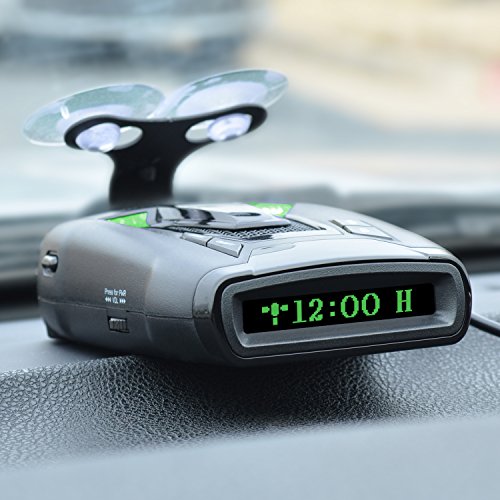 Similar to other corded radar detectors, the Whistler CR90 should be plugged to function. Despite the minimalist exterior, it can be configured in as many as 21 ways so you could match your style of driving to how the CR90 functions.

Red light and speed cameras, as well as similar threats, can be marked and stored in the memory of the Whistler CR90, which is beneficial for future use. Keeping the machine updated is also helpful in ensuring that the information it has is current, and that is possible through the USB port on the case’s right which can connect the device to a computer and then the Internet to receive upgrades.

The Whistler CR90 is also very easy to install, requiring very few steps before you can plug it in your car. Whether the radar detector lasts many years or not is a different concern, however, and many report this to have a poor build.

You cannot expect the Whistler CR90 to have an excellent radar detection range but it delivers in identifying and shielding you from the most common user radar threats in North America. Performance is at par with models that came before the CR90 and share a similar platform.

Switching through different modes is a breeze though, and so is setting priority for which signals to detect and ignore, thanks to its Alert Priority feature.

This is one feature that even more expensive options cannot accomplish until it is too late. Whistler CR90 is trained to identify Laser Ally, Laser Atlanta Stealth mode, and LTI Truspeed S and as well as POP Mode, Radar Signature ID (RSID) and Laser Signature ID (LSID).

You are protected in all directions from laser speeding machines and the radar detector also boasts of being more sensitive than other competing models, but you will have to react quickly when it comes to lasers.

There are no mistaking alerts generated by the Whistler CR93. The beeps are crisp and clear, and that extends to voice alerts that keep you focused on the road. It also reminds or informs you of your speed once a threat is detected so that you can adjust accordingly.

False alert filtering is one of the areas where the performance of the radar detector is wanting. It is especially vulnerable to radars emitted from newer cars and does not guarantee a quiet drive free from false alarms. But there is at least an attempt to mitigate that with TFSR, which tells the radar detector to ignore signals coming from installed traffic equipment.

Not all threats come in radar. Take for instance red-light cameras, speed cameras, and speed traps. Still, you can keep yourself ticket-free as the detector’s GPS is designed to store locations of such threats and trigger prompts accordingly once you’re approaching them. These have to be updated from time to time to guarantee current information and can be done through the USB port mentioned earlier.

Whistler radar detectors distinguish themselves from the often pricier competition with the useful Stay Alert feature, which is also present on the CR90. When enabled, Stay Alert will issue beeps every after a minute, which should prompt you to press a button within 5 seconds as an indication that you are awake and focused.

If you happen to miss clicking a button, the radar detector would release a sound loud enough to jolt you back to full attention. While we hope that you would not have to use this feature often, it is handy, especially in long, night drives. 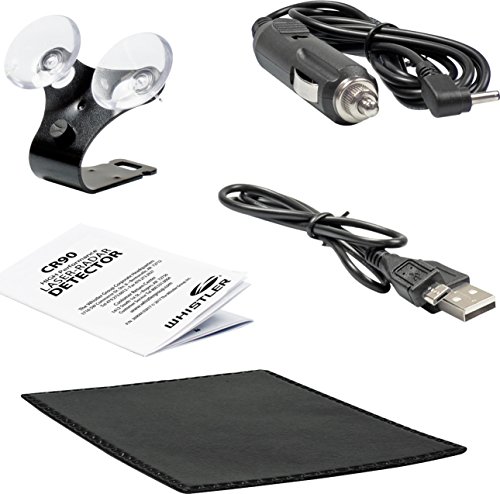 Q: What are other accessories included once I purchase Whistler CR90?

A: It should include a power cord, amount and a visor clip, and a dash pad. 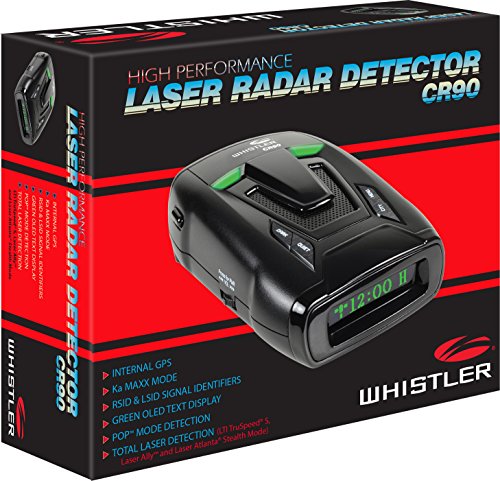 The Whistler C90 is an inexpensive radar detector that gets you decent detection range, laser detection, protection against non-radar threats, and a Stay Alert feature useful for long drives. Despite the ease of use, its quality is questionable and you might get better value for your money elsewhere.

Whistler is some hundred dollars cheaper than your oft-recommended options, but that’s because it comes with compromises. Still, you can make it work for you if you would rather not resort to radar detectors that come with steep prices. If GPS is not of great importance to you, an even cheaper option can be had in the Whistler CR85 overviewed here.