Whistler CR85 Laser Radar Detector Review 2019 - RRD.org
If you buy something through our posts, we may get a small commission. Read more here.

When you are in a financial bind yet want to keep yourself safe from expensive speeding tickets, the Whistler CR85 might appeal to you. Previously Whistler’s top radar detector without GPS capabilities, it can occasionally be found at less than $100.

The unit, stripped of unnecessary features to justify its price, promises of sophisticated design, decent radar detection and effective rejection of false alarms at the fraction of the cost it takes for another top of the line radar detectors.

But just like how it is true that the most expensive of the bunch is not necessarily the best performing model, it can also be correct that the most affordable is not right for your needs. 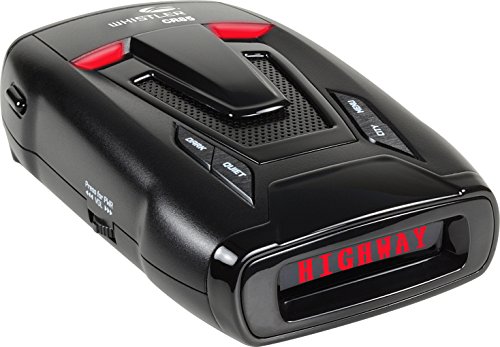 Should you go for the Whistler CR85? Take some time to consider what we have observed below:

Many radar detectors in the market that feature a power-saving OLED display do not perform at their best especially in bright conditions, but Whistler seems to have perfected the technology or at least managed to make it better in comparison with others. Whistler CR85 is more legible in sunlit environments because of its larger screen that keeps you from squinting as well as its higher contrast.

The blue display is further accompanied by two blue LEDs that should flash once the machine detects radar and laser threats. But the radar detector is not designed to keep your eyes off the road—its audio, including voice, alerts, are reliable in making the presence of a threat known.

The Whistler CR85 can be used with little modification on the settings, but it can be personalized nevertheless so that you can maximize it based on where you are driving and with consideration for your driving style.

Some of these can be simply done through dedicated buttons on the radar detector, such as for brightness and volume. Other settings such as filtering of bands are internal. The radar detector is intended for plug-and-play, so of course, it comes with a few cords here and there. 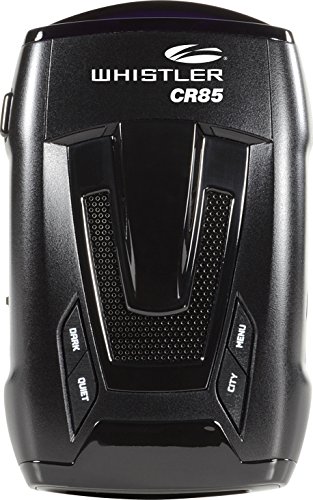 Whistler’s mounting system is excellent, as opposed to even costlier options (Escort has a history of not as sturdy mounts). It seems appropriate to the weight of the radar detector and keeps it in place without it being shaky. The steps to mounting and dismounting are likewise painless. The problem is more on the quality of the radar detector’s build: it gives the impression of being flimsy, and other users find that performance and battery suffer within months of use, so that may not make the price tag worth it.

Whistler CR85 does not come with a travel case, unlike others. But really, how often would you need one anyway? The box it comes in should suffice because most buyers do not get much use for the case once the radar detector is installed. The opposite could be true for more portable options, as is the case with cordless radar detectors.

To its credit, the Whistler CR85 does not claim to be the best out there in its coverage of radar bands, although very few would give its price range. It could only identify the most used out of the usual 16 different signals in both the USA and in Canada, and its success is dependent on other external factors.

You can adjust the radar detector’s sensitivity on these though, which can be useful in certain environments. It can, however, pick up signals released by POP Mode radar guns. And what it lacks in radar detection, it somehow makes up for its capacity to deal with lasers. 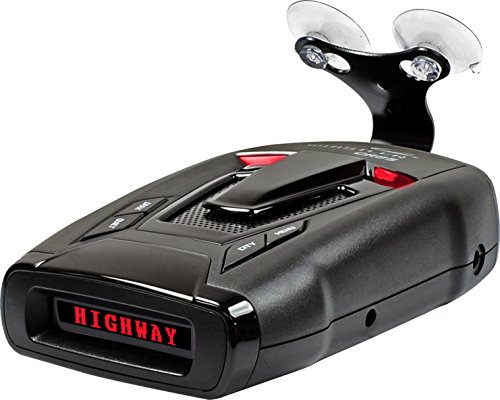 You would not usually find a radar detector that doubles as a laser detector in its price range, but just like other newer models in the Whistler roster, it can pick up the laser and help you remain ticket-free even with its instant signal. The Whistler CR85 comes with VEiL’s Stealth Coating, which should give you enough time to slow down before being shot by police LIDAR guns.

False alarms are always a nuisance for radar detector users. One of the ways Whistler CR85 fixes this is through offering different driving modes. Granted, this is nothing new, but the model offers three different modes for City alone, all allowing for lower sensitivity to X-bands at different levels or disabling it altogether.

The Whistler CR85 lags when it comes to providing you a quiet drive unless there are legitimate threats around. When tested, it was proven to be susceptible to collision avoidance systems in some cars. One has to turn off the detection of X bands to counter this, but of course, it comes with its drawbacks.

The machine does have Traffic Flow Signal Rejection (TFSR) enabled though. With it, your Whistler CR85 will ignore signals coming from traffic flow sensors that are in use on many highways.

This is a feature unique to Whistler models. Stay Alert can be taken literally and is good for its use on long and night drives. It keeps you alert on the road by beeping every minute and waiting for you to respond through a click on any of its buttons. If you fail to do the latter, the radar detector will beep loudly to catch your attention and get you focused again on the road. 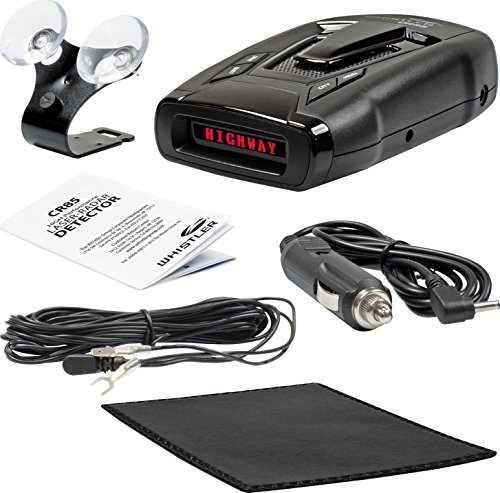 Q: What are the included accessories on the Whistler CR85?

A: Your Whistler CR85 should come with a user guide, a power cord, and a windshield mount.

The Whistler CR85 is equipped with protection against LIDAR and POP mode guns through adequate laser detection. It can also protect on long trips through its Stay Alert feature. However, the build does not feel appropriate for long term use and radar detection is greatly lagging behind other radar detectors.

The Whistler CR85 is not the best radar detector out there, and it is far from being one. Its range and false alert filter are just two areas for improvement that you would not have to think about in other models. But for a bare-bones model, you get what you are paying for. If you need GPS, the Whistler CR90 overviewed here and the Whistler CR93 reviewed on this page are not too expensive compared to the CR85.