Whistler XTR-130 Radar Detector Review 2020
RRD is reader-supported. When you purchase through links on our site, we may earn a commission. Read more.

The past had its gems. For Whistler, XTR-130 is one of them. It embodied the company’s identity that persists to this day—meeting the basics at a very affordable price.

There is no point in denying that the radar detector’s main draw is that it is cheap, especially when compared to what the market has on offer now. With the Whistler XTR-130 being a few years older, you can snag the product is $60, or even less. But, would you consider installing it in your car for things besides the price? Here’s our go through of the unit, warts and all. 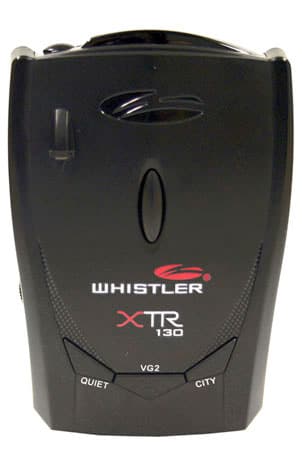 The size and weight of the Whistler XTR-130 are not that different from other more up to date cordless detectors. Its dimensions of 4.9” x 1.4” x 3.1” and given weight of 9.8 ounces could easily be mistaken for others, even one that belongs to the current roster of Whistler radar detectors.

The age of the product shows a little more on the design though, where some stickers feel less sleek. The Whistler XTR-130 also boasts of a high gain lens, supposedly for improving the range of the product.

The XTR-130 does not feel like it is made for long term use, a complaint that is not exclusive to the unit. Many have found the radar detectors to only last a few months even when it is not used as often as desired.

The mounting bracket is the same, and one would not feel secure with it holding up the radar detector. But unlike other models, purchasing another mount for it is not completely out of the question given how cheap the XTR-130 goes for. If you are looking for a more advanced version of this model, check the XTR-135 review.

Someone who has used a radar detector will not find the XTR-130 strange and can expect to find the common buttons on their usual place. The buttons are kept at a minimum and include adjusting volume and switching between driving modes.

The display comes in LED, which is more legible than most OLED displays that are offered today and prevents you from having to squint to read the information provided on the screen.

Even more convenient is the Intellicord, which is compatible with the Whistler XTR-130. Through it, you can control certain settings such as volume, brightness levels, quiet/auto quiet mode, driving modes and power on the radar detector without having to reach out for it. Everything can be done with a remote control-like device. 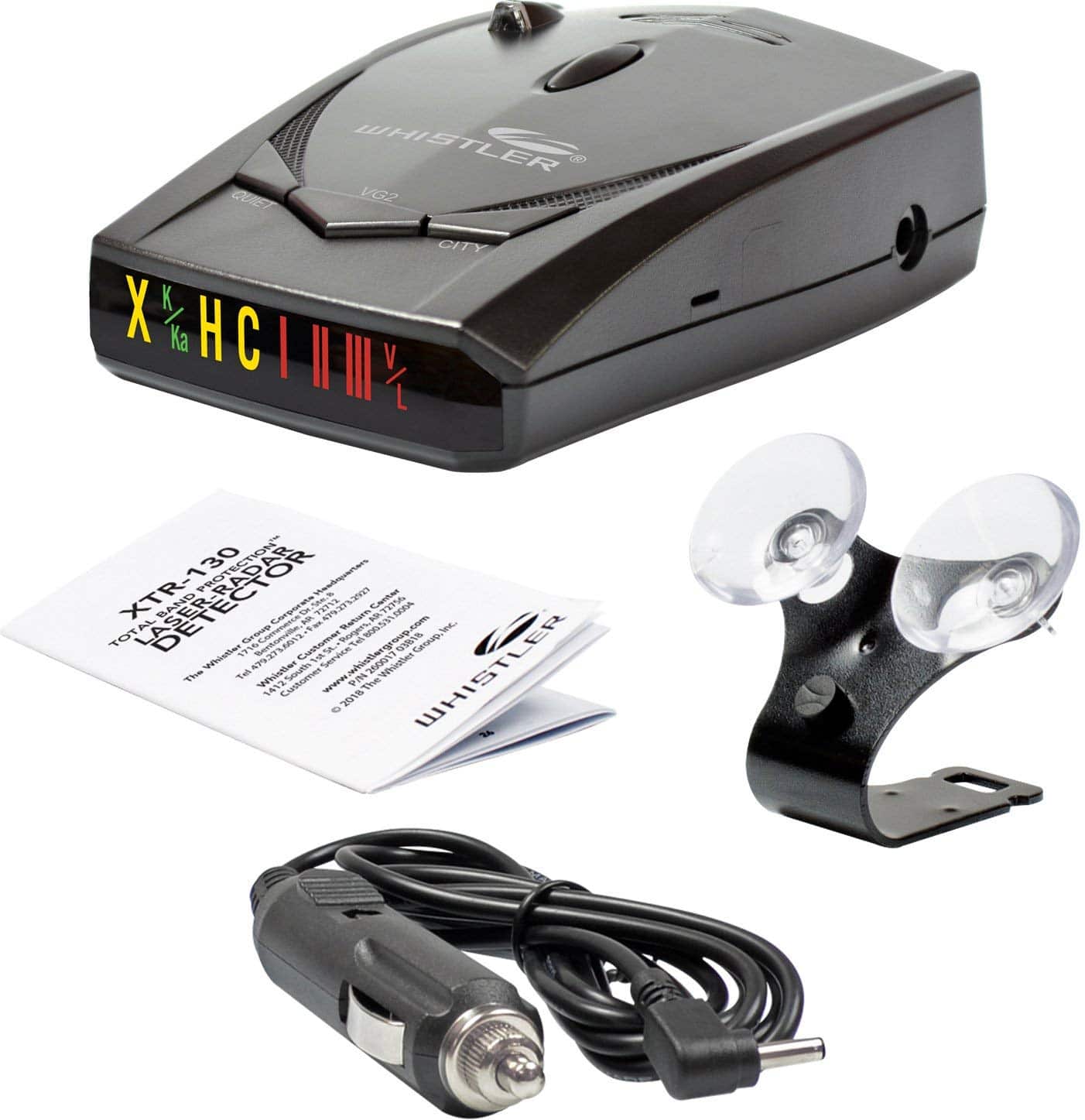 The XTR-130 is marketed as offering protection from the most common signals in use in the United States, which are X, K, and Super Ka bands, and laser. And it does so in all directions, courtesy of its 360-degree protection. Even though its range may not be as wide-reaching as newer models, users have found that the device alerts promptly, giving you a little head start against police radar and laser guns.

The range is estimated to be at 2 miles and slightly less in the city. It is important to maximize the detector’s different driving ranges so that you can reduce the false alarms that might pester you during your drive. For lasers, the Whistler XTR-130 can pick up guns that work with a wavelength of 905+/50 nm.

With the different driving modes, the radar detector can adjust the sensitivity of its detection capabilities. There are four settings in total: three for the city and one for the highway. Highway mode is set as the default for the Whistler XTR-130. In city mode, the radar detector should be able to ignore certain signals coming from non-police radar and laser equipment such as collision avoidance systems

Nobody wants a noisy radar detector only to find that its alerts are not to be taken seriously. While there is no device currently immune to false alarms, there are ways to lessen the nuisance.

For the Whistler XTR-130, one of the means is through its quiet and auto quiet mode. Tapping the option on the device will make alerts reduce their volume with every passing second. You can also mute the device and opt for the information to be shown visually instead of through sounds.

As the name implies, Alert Priority lets you rank the signals based on importance. When it detects more than a single signal, it should alarm you of the band that is in higher priority. You should know though that enabling this turns off another important feature: the alerts allotted for safety signals will automatically be muted.

If you’re the forgetful type, then there is no need to panic over not switching off the XTR-130; it will automatically do so within 3 hours of idleness. It will also emit a sound before the device turns off which is helpful if it happens while you are in the middle of driving.

Radar and laser guns are not the only things you should be on the lookout for when driving. With this radar detector, you are also informed beforehand of possible hazards on the road, such as ongoing construction and ambulances. With it, you can adjust your driving accordingly, remaining both safe and speeding ticket-free on your day out with your car.

Q: What are the included accessories on the XTR-130 box?

A: Besides the user manual, the package will come with a 12V power cord and a windshield suction cup.

Q: Is the Whistler XTR-130 protected against any type of radar detector detector (RDD)?

A: The radar detector can go invisible against the VG-2 and also alert you of its presence.

The XTR-130 can give you a head start against radar and laser guns, adjust its range depending on the driving mode and allow you to adjust the volume of alerts for signals picked up. Due to its age though, the range is left wanting and false alarms are more likely.

You can’t expect the XTR-130 to match the performance of newer and top of the line radar detectors on the market. For its price though, the device delivers as expected. It is not alone in its range and other similarly priced radar detectors can give the same level of service and protection, so feel free to canvass other options before zooming in on the Whistler XTR-130.