The R7 and R3 are close competitors in the Uniden product line, and the debate has been tough. While reading the specs will give you the basic idea on their features, that’s really not enough to determine which is the better radar detector.

To finally settle the competition, we’ve tested both products for this Uniden R7 vs R3 comparison.

Features of Both Radar Detectors

The design is the most noticeable difference between the Uniden R3 and the R7. The R7 has a bigger display and a seemingly different orientation of controls, but curious enough, its official manual indicates the same dimensions and weight.

Both radar detectors use an OLED display [1], but the R7’s screen accommodates a new advanced feature: the directional arrows. Previously seen on the Valentine One and the Escort Max Ci 360, the once-patented arrows are now also available on the R7. You can also color code each arrow for instant band identification, making it easy to read.

The necessity of having this feature is contested by many radar detector users, considering that this one is a luxury compared to other functions, but there is also a sizable population who wants to see it on radar detectors other than the V1.

As mentioned, the Uniden R7 gives users the option to change the colors based on the band for convenience, even though the default display color is red. Colors also indicate signal strength, and while the R7 has arrows, both detectors have a signal strength meter with frequency identification as well.

On the R3, the brightness of the screen can automatically adjust based on the time, depending on whether it’s day or night. There’s a dim button for this, and in our experience, it was relatively easy to use.

While useful for many, those driving on places with higher altitudes may benefit more from the R7’s ambient light sensor, something that’s also present in the DFR8 and DFR9. In comparison, the R3 may not adjust to changes in lighting due to weather.

Nevertheless, this handy feature removes the need to manually adjust the brightness for easy reading. And when it comes to legibility, we see no difference between the two models.

In terms of layout, the button placement is a little different on the R7. Most remain at the top, such as power buttons, menu, and volume but then there are little changes.

The mute button is placed in front of the R3, right below the OLED display, but the mute button is on the left side for the R7. This is an unusual choice based on other radar detectors, but not one to bother us that much.

The port for the power cable, while technically not a button, is now on the right side, away from the view of the driver. It is also now for Micro USB instead of Mini USB. On the R7, the display is tilted to the left, which is good for right-hand traffic countries including the United States and Canada where Uniden markets its detectors the most.

The wire of the R7 vs the R3 is longer for a practical reason: the former is farther from the windshield. But this isn’t something new to Uniden as we’ve already seen it on older models, just not the R3. The suction cup mount for the R7 allows more mobility too.

Two major features are added on Uniden R7: a second rear antenna and directional arrows. While both radar detectors possess the same build, these updates on the R7’s design help increase driving awareness and improve detection on the road.

These will help identify not only the source but the location of the signal, which may not mean much to others but will be beneficial in conditions where visibility is slightly compromised. Some instances include night driving and where there are many possible sources for a signal.

The arrows also come with voice alerts that will inform a user of the particulars even when not looking at its display, which adds a layer of safety so you can keep your focus on the road. 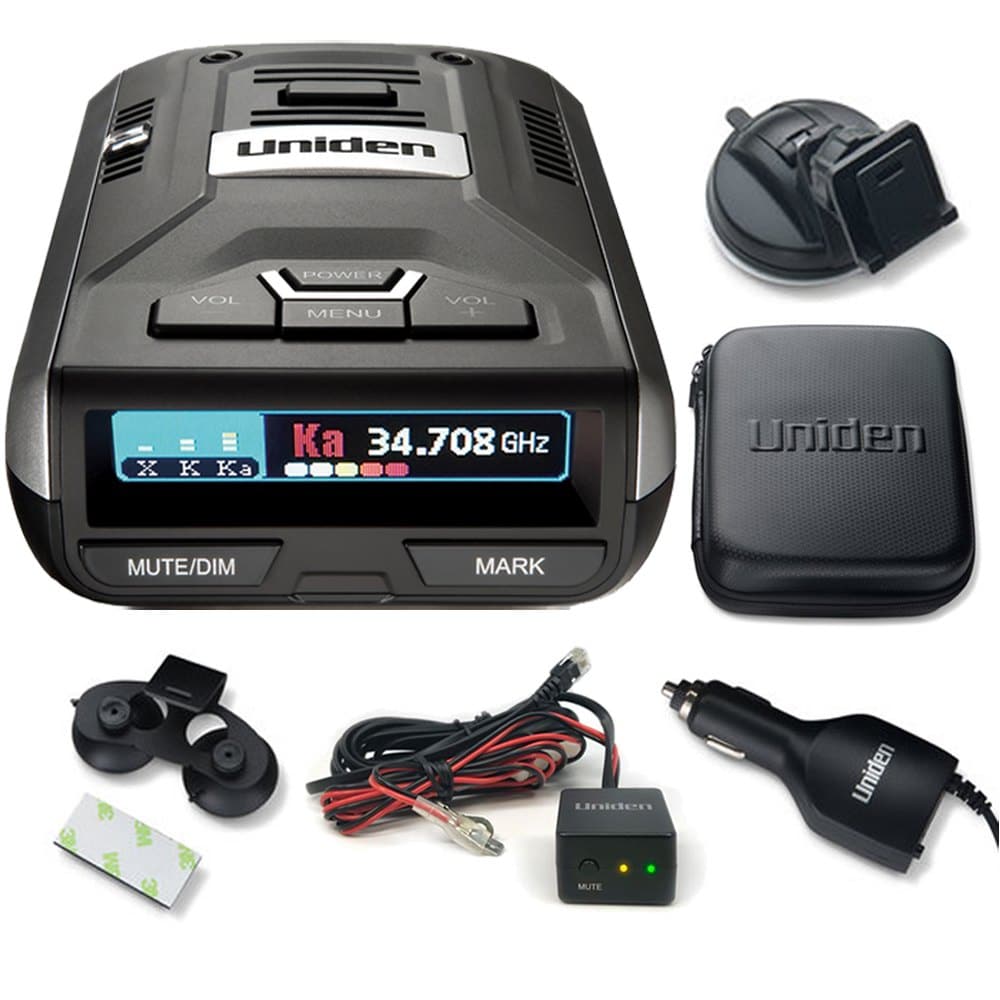 The R7 also comes with automatic GPS lockouts. To be clear, this isn’t offered right off the box as it will take firmware updates after the patent for such technology expires.

Still, it isn’t hard to do manual muting, but in instances when the range of a signal is wider than expected, it can be helpful for the device to learn this on its own.

Unfortunately, the R3 does not have this function because its memory can’t accommodate it according to Uniden. This limitation also keeps the Mute Memory points for the R3 at 200. Meanwhile, the R7 can store up to 2000 points that will be shared by Mute Memory points and User Mark locations.

R7 has wider K band scanning capabilities than the R3 and it will be able to sweep down signals even lower than 23.9 GHz,  which is also convenient for MRCD detection. Logically, this makes the R7 more sensitive and prone to false alerts. So if you want a quieter drive, the R3 might be the better option – just know that there’s a slight risk. 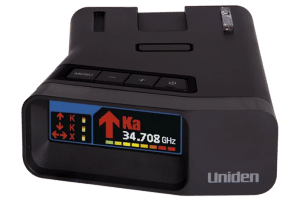 False alert filtering is one area considered to be a weakness for Uniden models, including the R3, but R7 released an update to block BSM signals from Acura and Honda, as well as other signals within the 29.194 to 24.204 range. This can pick up legitimate threats, but thankfully, police signals of this range are rare.

If you find these to be minor improvements, know that most other features on the R3 and the R7 are similar. The functions allowed by GPS (like red light camera notifications) are carried over from the R3 to the R7, but with little tweaks.

The R7 has shown improvements versus R3’s performance, although the results don’t really prove a significant edge of the R7 over the R3.

The R7 is at least 1 dB more sensitive, but in the larger scheme of things, the R3 is not far behind in detection and range. Both detectors have similar results on Ka band 34.7 radar guns, and the R7 improves on the R3 on Ka 33.8. Overall, both have a significant lead over other leading radar detectors. To add, both are also undetectable by the Spectre Elite radar detector detector.

For those worrying that the directional arrows compromise the R7, this assumption is unfounded because it can still perform as great as or even greater than its major competition. Even the rear antenna for the R7 is excellent, and it can even outperform the Escort Max 360 and the V1.

If you’re not sure which one to choose yet, here are the key differences between the Uniden R7 and Uniden R3 that might help you decide which radar detector is the one for you.

When to Choose The Uniden R7

The Uniden R3 gives high quality range, while the Uniden R7 provides an added antenna and arrows to locate signals.

The Uniden R7 offers stronger features than the cheaper Uniden R3. These, plus its better performance, makes Uniden R7 worth the higher price.

In the package, both detectors have a suction cup mount, power cord, mounting tape, storage case, and USB cable if you want to upgrade the firmware. 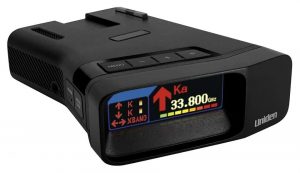 When to Choose The Uniden R3

When it comes to range and general performance though, Uniden R3 is with the R7 at the top of Uniden. For something at least 200 bucks cheaper than the new model, that’s a steal considering every ticket you’d be able to avoid. 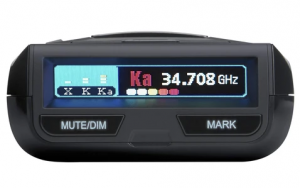