Radar detector apps are developed to alert drivers to police radars. A good side is that most of them are free. Despite you don’t have to pay for them, every free radar detector app is useful and can save you from a speeding ticket. Android smartphones and the iPhone are widely supported, so all apps are available for these smartphones. On the other side, Windows phones are less supported. You must remember that to use a free radar detector app you must have an available internet connection and GPS. Also, these apps use a lot of internet data, so your phone bill may be a bit more expensive!

Main facts about these apps

Every free radar detector app should alert drivers for police radars. This means that an app will alert you to radar or laser gun or a speeding camera. They use online databases to compare your location with the location of police radar. Some apps use users sharing features. This means that other users can alert you for new police traps. This also means that you will get alerts for police radars/lidars that have been moved. However, it is still the best way to know when you should slow down your car.

How to choose an ideal free radar detector app?

The best side of these apps is that they are free, although, some of them have in-app purchases, so you can improve them. In most cases, this isn’t important and you will get excellent alerts even with a free version. The secret is to download an app that has the most features. Besides alerting you to police radars like Vascar, these apps can measure your current speed, speed limit, etc. If you are choosing an app that is based on an online community, make sure it is downloaded a lot of times, because this means a lot of users use the app. To help you, we created a chart of most and least downloaded apps. 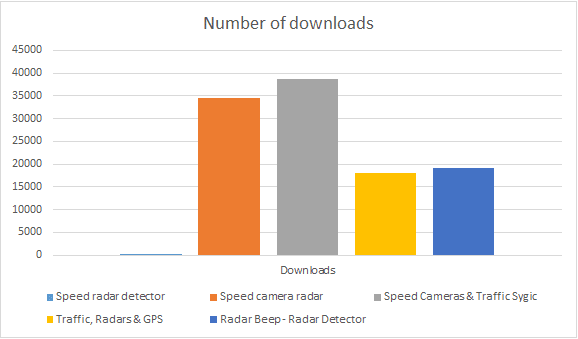 Speed radar detector had the last update in September, and not a lot of users downloaded the app, so it isn’t a wise choice. On the other side, Speed Cameras & Traffic Sygic was updated on October, 13th and it has the highest number of downloads.

What other users say for these apps

As you can see, Speed Cameras & Traffic Sygic has the highest rate. According to most users, this is the best free radar detector app.

To be useful, a free radar detector app must have great features, besides alerting you to police radars. For example, Speed radar detector has a feature that allows you to see the camera location and to choose for which types of police radars you want alerts. It will alert you to danger zones as well. However, the main problem is language support. Spanish is the main language. Although it supports the English language, some users claim that it has certain problems and drawbacks when using this language. Radar Beep – Radar Detector is completely different in this case. It offers support for several languages, including Japanese, Korean, Russian, Chinese, etc. Voice alerts can be used in different languages as well. For example, you can choose, English, French, Italian, Chinese, etc. 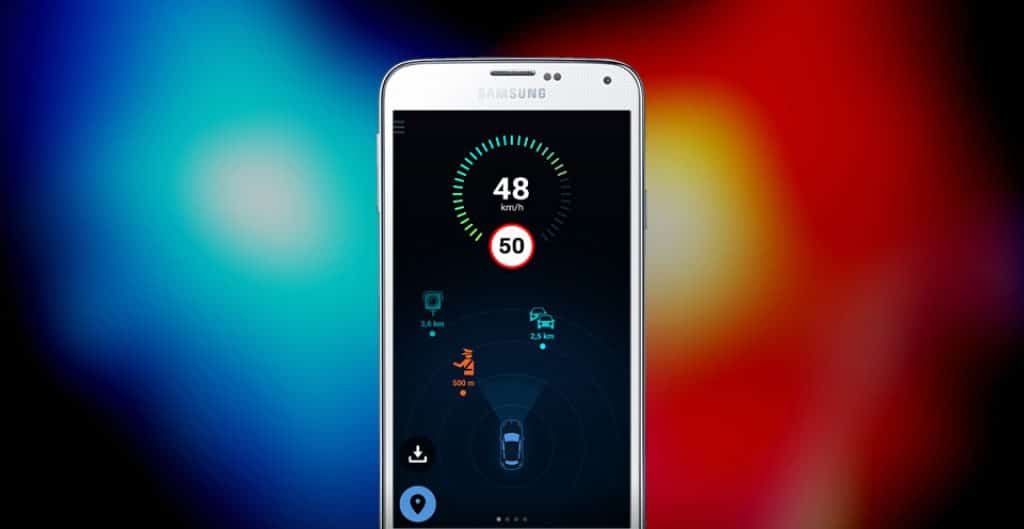 On the other side, Speed camera radar has a night mode. This is very useful when driving at night. This is a very rare feature that a small number of apps have.

Speed Cameras & Traffic Sygic goes one step further. It allows you to see the speed limit of a road you are driving on. Even better, it allows you to keep track of speed limit changes. This is also a unique feature that just this app has. You can see alerts of other users and you can warn them as well. This means that the app combines online community features and an online database, which makes it an excellent app.

Traffic, Radars & GPS can be used in all parts of the world. An interesting feature is a biker mode, designed for the motorcyclist. This is another rare feature, so we can say that the app is the best for bikers.

A perfect free radar detector app will have a 5-star rating. However, if we know that there is no perfection, we can understand why all apps have lower ratings. In this case, the higher the rating, the better. We made a chart, showing the average rating, based on several downloads.

Traffic, Radars & GPS has the best rates, but the differences with other apps are minor. Users claim that the, north or ahead feature is very good. The app can be used in the background as well.

Each free radar detector app has certain drawbacks. It can be useful to know them. A speed radar detector is a great app, but it isn’t properly tested, because not a lot of users downloaded it. Speed Cameras & Traffic Sygic is probably the best app here, but it is even better if you use the premium version. On the other side, the free version doesn’t have all the features. Traffic, Radars & GPS is used by more than 2.5 million users.

A drawback, according to users is the user interface. It looks complicated for some users. Speed camera radar doesn’t have options that are easily available to you. This means that it is hard to use the app when driving. Radar Beep – Radar Detector has no option to add a new radar, so you cannot help other users. Maybe this drawback will be fixed in future versions.

If you’re keen on using actual radar detector instead of apps, check out these detectors that are best for hiding within your vehicle: https://www.ratedradardetector.org/blog/best-hidden-concealed/.