All About Valentine One Upgrade for 2020 - RRD.org
If you buy something through our posts, we may get a small commission. Read more here.

All About Valentine One Upgrade 2020

As you already know, radar and radar detector technology is constantly advancing, so having an old radar detector isn’t recommended. However, the situation with Valentine One is completely different. Valentine one upgrade is constantly available to users from the whole world. Valentine Research made it possible to have these updates so that its customers can experience the abilities of the radar detector in the best way possible. So since 1992, Valentine One has been updated many times so it could surpass or at least be on par with the latest flagship models of other brands.

Now, all elements in the magnesium case are modern and completely different than the original model. But the updates aren’t all about its physical parts and details. It usually entails the performance of the device as a whole, and how it can be more efficient in detecting signals and assisting drivers.

What brings the latest valentine one upgrade?

Traffic systems are re-designed every year, so they are better and safer. This also means that police use new radars. If you want your Valentine One to be effective, you must update it. The latest update for the Valentine One includes two improvements. They are:

1. Traffic Monitor Filter is developed to eliminate the possibility of false alarms that are caused by Speed Info. It uses a very successful software algorithm. As you may know, this is a serious problem for obsolete radar detectors. Without the upgrade, Valentine One isn’t very effective, when driving your car in an area that has Speed Info. If you know that the system is installed on almost all highways in the United States, updating your radar detector is very important.

2. ESP (Extended Serial Protocol) is another upgrade. It will improve communication with SAVVY and with peripheral devices.
Valentine one upgrade will improve radar detector significantly so you will be able to use it for a longer period. This also means you don’t have to buy a new radar detector.

The price of valentine one upgrade

As aforementioned, valentine one upgrade is more than needed, but it may be expensive. The upgrade will cost you $200 and you must pay for the shipping. In essence, the upgrade costs as a brand new radar detector. On the other side, when buying a new police radar detector, you may end up with a non-effective device, so you can get a speeding ticket. Using Valentine One is a safe choice, so you should try the latest update. Also, this is one of the most efficient police radar detectors on the market. It has been improved since 1992, so all errors are history.

Do you need valentine one upgrade?

If you live in an area where there is no Speed Info and you don’t want to use SAVVY, there is no need for 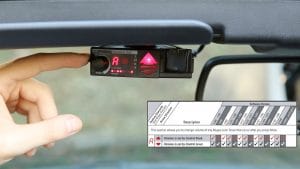 the update. On the other side, if Speed Info is present in your neighborhood or you travel by car a lot, you need the update. Simply said, without it, you won’t be able to use your device in modern cities. After the update, Valentine One will function perfectly for a few more years. Even better is a fact that shortly, you will get another update, so you will always have the most sophisticated radar detector that is capable of detecting even the “toughest” police radars.

No one ever wants to just throw away a capable detector that just needs a bit of update to fully compete against the latest models of today. And with the price range of the Valentine One radar detector, you would waste away a good sum of money. While other brands and models can be easily let go this way, Valentine One was made more durable to stand the test of time. But like any other technological device, it can be outdated through the years, but all it needs is an upgrade for more advanced capabilities.

So if you’re still contemplating about whether you’ll have your current or old Valentine One radar detector upgraded, just think of having the best and advanced version of a device you’ve known and trusted for years.