If there’s a common theme we’re starting to notice with Uniden products, it’s that they love to make their products look flashy while not costing an arm and a leg. It appears that the common them has continued with the Uniden DFR6 and this one promises to have fully improved upon the range at which it can detect radars.

Does the Uniden DFR6 hold up? Can it detect radars from over a mile away? That’s what we hope to find out and not only that but we love a lot of the features that were promised in this edition of the Uniden lineup. We didn’t include this model in our top radar detectors list, but Uniden DFR6 is still one of the most advanced models in the industry. 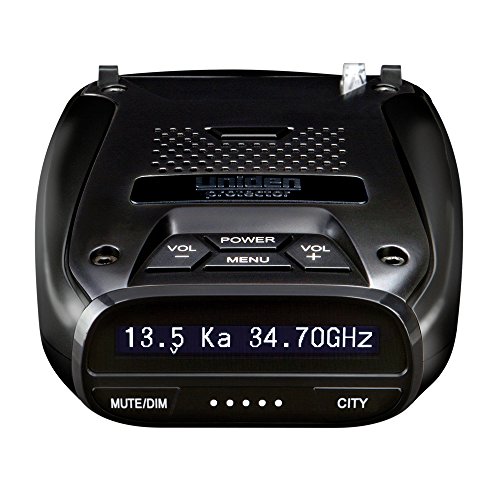 When it comes to the design of the Uniden DFR6, this is something the DFR lineup has always done well. We have the shiny black casing that always comes with these models and then we have the buttons which are close together, easy to reach and easy to read.

This is a huge plus in our book and you won’t have to worry about hitting the wrong button. Also, there’s a lot of indentations and grooves included in this model to give the design that extra look that a lot of other companies don’t pay attention to.

The overall performance and range of the Uniden DFR6 detector make it almost worth the purchase alone from our experience because it rivals some of those that are in the top tier of radar detectors.

It’s really fast, comes equipped with a very powerful chip that displays information in some mere milliseconds and not only that but the length that this radar detector can show you results is absurd. It’s almost unfair to the police in our opinion but that’s what you’re looking for, right?

One thing we’ve come to appreciate about the Uniden brand of radar detectors is that they all come with really high-tech displays and they’re all really easy to read. We won’t go into specifics but some brands out there offer some low-quality displays that look like they’re from really old video games and they can be really hard to read.

Uniden however always makes sure that the information you’re being presented is easy to read and accurate from our experience.

The Uniden DFR6 radar detector has numerous upgrades over the DFR5 which include the speed, the accuracy and performance. The DFR5 isn’t a bad radar detector at all but there’s a reason this one is so much more expensive and it’s because it’s worth the purchase.

This is one of the best radar detectors out there in this particular model series and Uniden knows it. That’s probably why they upped the price so much compared to the previous model.

However, this model still lacks GPS, although there are other options from the Uniden line to choose from. One is the DFR7, and you can see its comparison here. 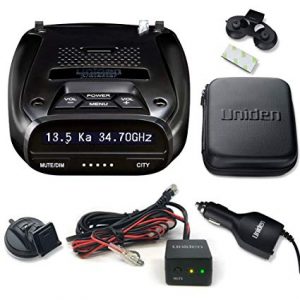 No matter what kind of filters you’re hoping to catch in time before they can pull you over, this radar detector will catch that and more with no effort at all. It catches the information from a long distance away, processes that information in under a second and displays it in an easy to read format for you. 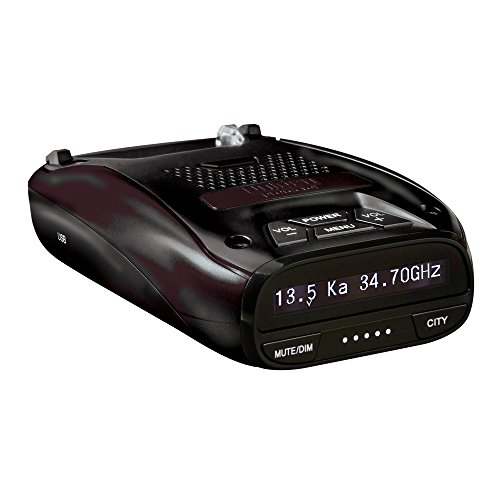 Q: What powers this radar detector?
A: This detector runs off of the lighter in your vehicle. If you’re looking for something that runs off of a different power source, then you’ll probably want to find another detector but every single vehicle today should have a lighter and if it’s available, then you’ll want to utilize that for a couple of reasons.

The main reason being that it doesn’t take up a lot of battery or power, so no matter how long it’s plugged in, your battery won’t notice much of a difference.

If you have some GATSO or TRUVELO based systems, we cannot say for 100% certainty that you will avoid those systems and get away unscathed.

So, when it comes to the Uniden DFR6, how does it hold up? Of course, if compared to more recent models from the brand like the Uniden R1, it would get a lower rate. However, it depends on who you ask, and if you ask us, we’d say it holds up pretty good. It’s a really solid radar detector (much like the DFR9) and it detects almost literally every kind of detector detector out there on the market today.

It’s great, it saves you a lot of money on tickets and it’s something that everyone should have in their vehicle. You’ll thank us later and you won’t be regretful if you try it out. This Uniden DFR6 review is just an overview of how powerful it is as a dependable driving assistant.