DUI Penalties and Arrests Across States in America

For a country that’s a mecca of highways and interstates, it’s no wonder they need to crack down on DUI penalties. Some states are more lenient than others, let’s take a look at which ones crack down on DUI offenders and which ones are more lax. The rankings take into consideration the fines, jail time, vehicle impound, license suspension and more. However, we’re just going to have a glance at the common penalties and see if higher penalties have an impact in the number of DUI Arrests per state.

How much would a DUI fine cost?

DUI fines vary from state to state, as traffic laws are different across the United States. For many of these states, the average DUI ticket fine are within the same range, but let’s take a look at the maximum fines and see how high a DUI fine can get: 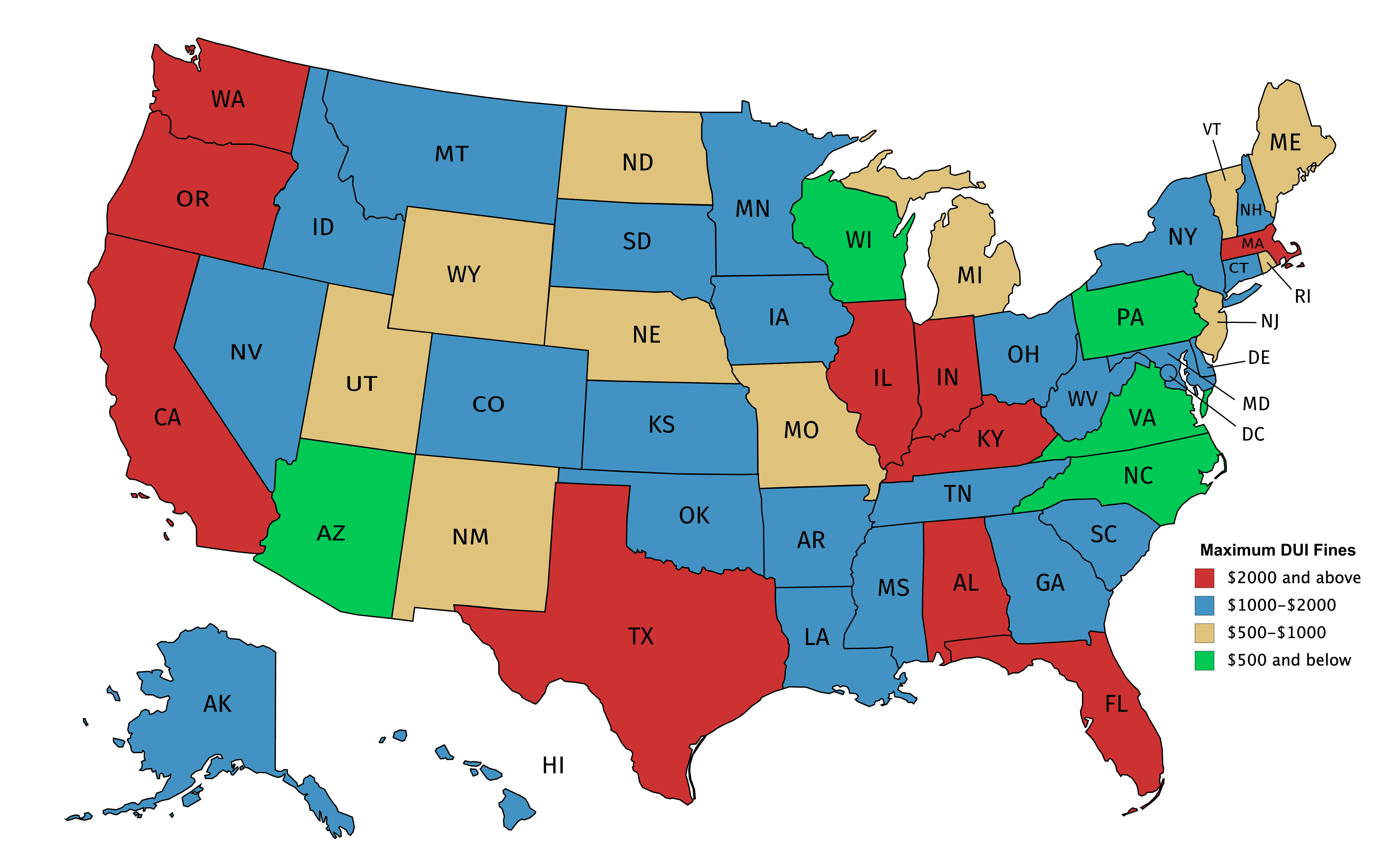 On the map, you’ll see some states reaching beyond $2000 dollars in maximum fines, including Texas, Kentucky, California, Oregon, and Florida. The majority of the states fall under the $1000-$2000 range of maximum fines.

DUI Penalties Across the US

The map already gives us a picture of how the traffic laws about DUI are per particular state, but we’ve listed down other important information below so we’d have a better understanding of DUI penalties in different states.

Now,  let’s take a look at the number of arrests per state: 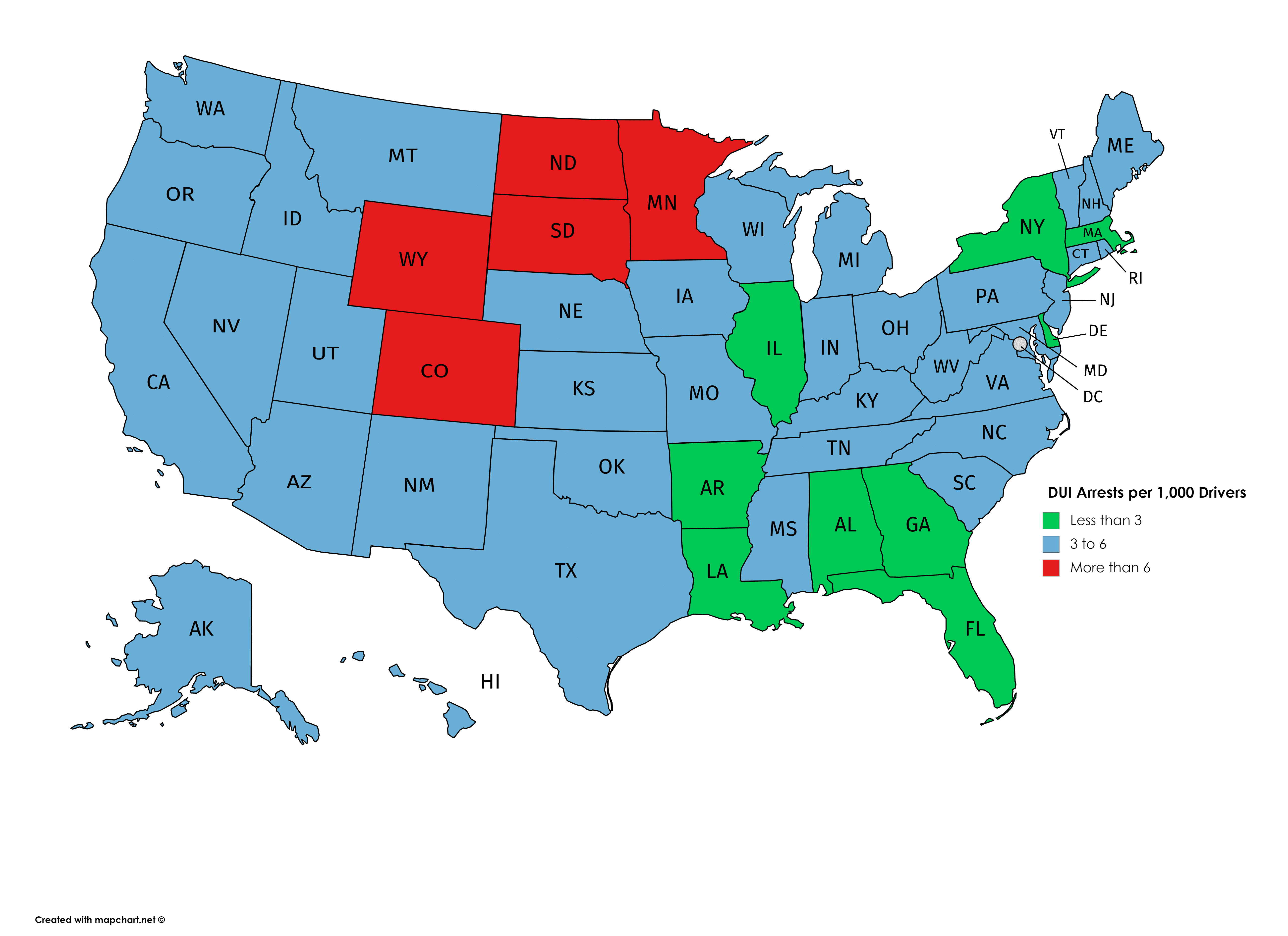 On this map, we see that the common range of DUI arrests per 1000 drivers in 3 to 6, whereas in 5 states, arrests exceed 6. For the other 8 states, numbers of arrests are impressively low at less than 3 per 1000 drivers.

Correlation Between Fines and Arrests

The question here is, “Do drivers avoid driving under the influence when they know that fines are higher and laws are stricter in their state?” Let’s take a look at the two maps:

In a study by Becker and Posner, they classified drinking and driving into two different categories: preventative and ex-postregulations. The former being fines and preventative measures enacted to prevent alcohol-related incidences and the latter being to penalize drivers after the fact.

Based on the maps, can we claim that the fines work as a way to prevent the frequency of drinking and driving (based on the arrests)?

Yes, for some states.

Now you have a pretty basic idea of the DUI penalties and number of arrests for each state. Make sure you understand the consequences and the severity of DUIs and try to abide by the law in whichever state you live in. A big thanks to DUI driving laws for the statistics!

You can also learn how to reduce your DUI charge to reckless driving in case it’s too late.