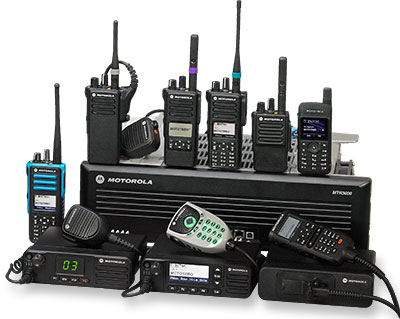 To know how some of the products we feature—like police scanners, jammers, and radar detectors—work, is to know how radios function.

The immediate association to many people’s minds is often blasting music from a system, but that is just one showcase of what goes into the technology.

And it’s one that has its roots from many decades ago, way before we were even born.

It’s curious that even though the technology is ubiquitous, the knowledge on it isn’t, so we’re here to introduce you briefly to the ropes.

Radio technology is a feat that is very impressive back when it first emerged because it allowed for communication exchanges even in considerable distances.

It was in 1895 when the first radio signal was received by a name familiar to many: Guglielmo Marconi, who is now known for Marconi’s Law and his work on a radio transmission. Many men are credited for developing radios, and Marconi is just one.

You have Nikola Tesla who designed the basic radio, John Fleming who is acknowledged to create the radio transmitter, Reginald Fessenden who worked on AM radio and was responsible for making it a means to entertain people, and Edwin Armstrong who developed the FM radio.

You can compare radio technology to traveling, but instead of people, you have waves being passed from one point to another.

You do not need your equipment to be physically connected by something like a cord as long as it can transmit and receive radio waves, hence the terms ‘receiver’ and ‘transmitter’.

The information is encoded into sine waves that travel from the transmitter to the receiver. Your equipment, such as your ham, CB radios or 2-way radios employ the help of an antenna to capture and interpret signals. By the way, if you’re not sure which one of them you need, check our Ham VS CB radios comparison.

If you’re thinking wireless, then you got that right—it is true for radios. It’s a simple technology at its very core, that found many uses.

While used mainly for communication, the science behind radios was also applied in different means, such as broadcasting, entertainment, and even food preparation!

It is difficult to take radios for granted, especially when considering how rich they make people’s lives and help them better navigate their surroundings and the road. So remember, it isn’t just the standard dashcam you need while on the road—there are many accessories, such as radios, to help you out as well.