Searching for radar detectors when you’re a little tight on the budget can be a hassle, but Escort hopes to remedy that with the Escort X80. Retailed at about three hundred bucks, it is the successor of the discontinued X70 and to some extent, the Escort Passport.

If you want to read the full X70 review, check: https://www.ratedradardetector.org/escort-radar-detectors/passport-x70-review/

The X80 was released with Bluetooth functionality that was absent from the X70 (but is part of the slightly more expensive Passport), saving you some extra dollars for the optional Bluetooth cable for when you want to connect your radar detector to your phone or the Escort Live app. But is it the best value detector out there as Escort claims it to be? Let’s see, shall we? 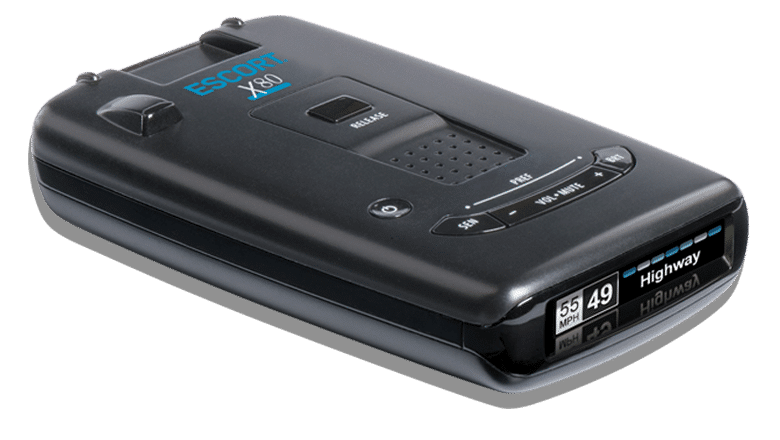 The Escort X80 uses an OLED display for its detector, which is ideal if you’re particular about saving power but not so great when you’re trying to read as much information about your driving and surrounding threats on the screen. It suffers from being washed out in sunlight, unlike an LED display, but even when there is no natural light to interfere, the display is not too readable with it having too much information squeezed on the screen.

This is a problem that has been encountered on other models from the Escort lineup as well, and in X80’s case, the low contrast does not help. At least it’s kept in place by a dependable dual suction cup mount.

As for the external controls, these are maintained to be basic and easily understandable for someone new to radar detectors. It can be both convenient and annoying—Escort designed it to keep the user from unintentionally pressing buttons. So, yes, this means that you need more than just a single tap to use controls, which isn’t helpful when your attention is divided. 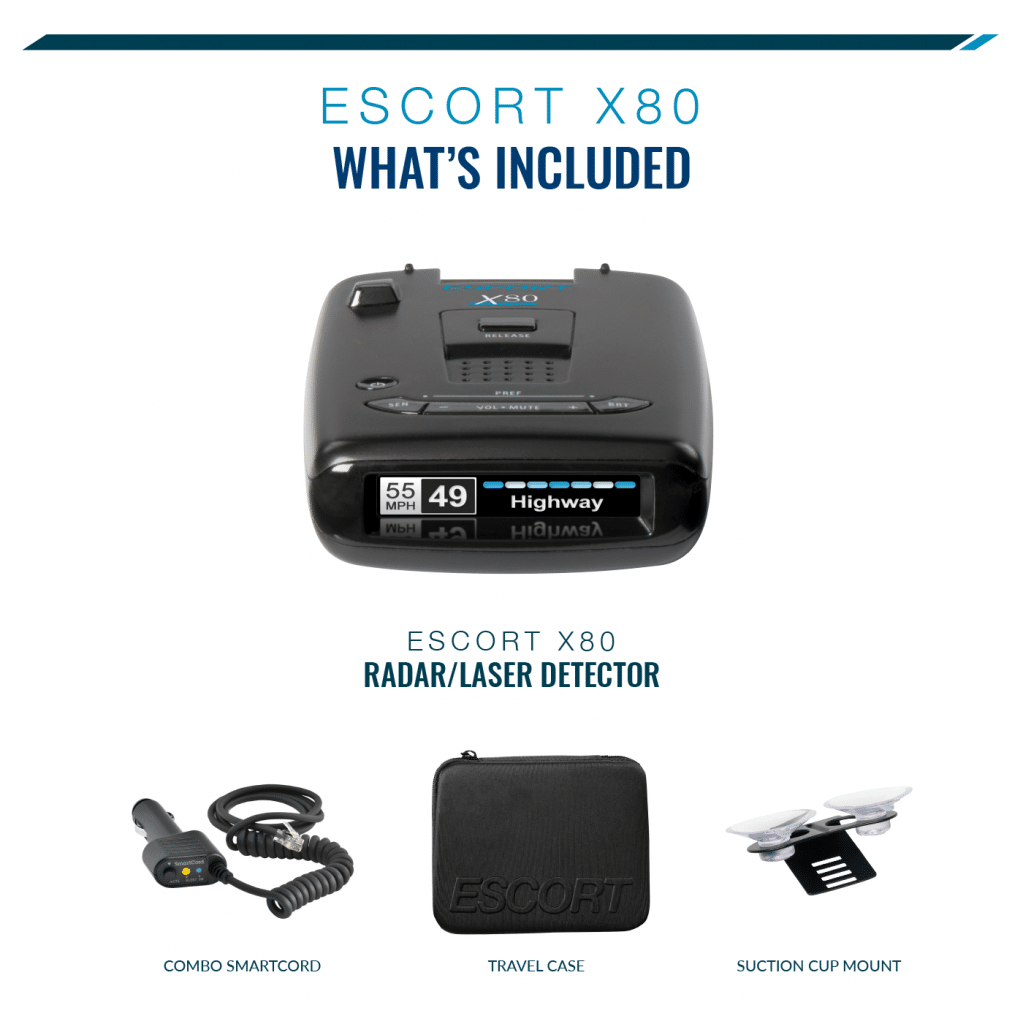 Even though it’s not comfortable as a built-in model like the 9500ci, the X70 was built as a cheaper alternative to the Escort Passport, and sans the Bluetooth technology.

With X80, Escort brings that back. This is the major and only difference between the X70 and the X80, and with the former discontinued, buyers would have to opt for the newer version, which is still cheaper than most Escort radar detectors.

You can compare and contrast the two in our article, Escort X70 VS X80, to learn more about how the latter edges out the former.

The integrated Bluetooth technology has one more plus: it allows for a more seamless connecting process to Escort Live, the app that creates a network out of customers so that it can alert you of real-time threats as recorded by other users, as well as provide you accurate speed limits on the area where you’re driving.

With the Escort X80, the brand promises quick detection of different kinds of radar bands and lasers so you know when radar guns are being used in the vicinity. As with all radar detectors, this is susceptible to false alarms.

The device’s Ka-band segmentation offers to amend that, but there are limitations to the signals it could shut off, which as a result does very little in reducing false alarms. The X80 is also helpless against Blind Spot Monitoring radar systems.

The Escort X80 makes up for its lackluster display with very clear voice alerts, so even if you can’t read off from its display clearly, there’s no mistaking the alarms you’ll have with it.

Q: How is Bluetooth different between the Escort Passport and the Escort X80?

A: The latter uses an updated Bluetooth Smart Technology, which conserves more energy than older versions.

Q: What is the Expert Mode in the X80 and what is it for?

A: It lets you see up to 4 detected radar signals at a time while also showing pertinent information such as signal strength.

Despite being touted as Escort’s best value radar detector, the Escort X80 will escape many people’s ‘radars’ because of the serious competition at its price point, some other models coming at fewer bucks and others offering more features for the money.

The X80 is also bound to give more false alarms that others at its range will not do. Given these facts, many will opt for a higher performing, newer Escort detector. That, or canvass from a competing brand that is at the same price but has defenses against newer technology and perhaps, even more, features.