Since its release, the Escort 9500IX has sold more than 500,000 units. But Escort, as proven by its history, is not one to stop at a single success. Following in the footsteps of the 9500IX is the Escort IX, which serves as an update for the former while also boasting new features of its own.

Did You Know? If you’ll get a speeding ticket while using the iX – EscortRadar will Pay for it!

The attractive offer is amped partly by its competitive pricing. The new question now is, is the IX worth the upgrade? How does it compare to other Escort models such as the Redline and Redline Ex? We’ll learn about that and more shortly. 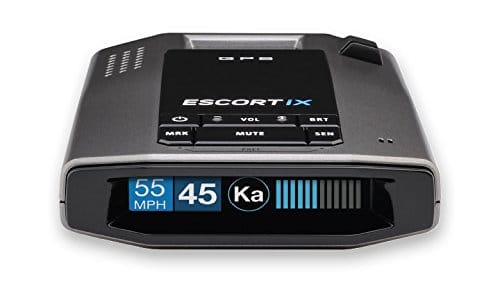 You can count on Escort to make an easy to use a radar detector, as proven by the Escort IX. There’s no need for an overly complicated design, and you can get along with one even when you have barely touched its user manual, thanks to its clear labels both on and surrounding the display. This is convenient for new users who find technical explanations off-putting.

We wish we could change the location of the actual buttons, though. Similar to other Escort models, these are located atop the radar detector, and using it would require a bit of familiarity if you are to adjust it while driving. Thankfully, Escort IX’s functions are easy to memorize.

A SmartCord is also available for the device, and this allows you to mute alerts without having to extend your reach. It is multifunctional: besides serving as a power cord that can be plugged into the vehicle’s power source, it can also show alerts and charge other devices.

The Escort IX comes with an OLED display, which is a point of critique for many Escort models so far given its compromised visibility in surroundings flooded by sunlight. See if this gets in the way with the IX and other models in our comparison article Escort Max 360 VS Escort IX.

The IX display is no exception, but in any other instance, it is bright, easy to read and sharp as it uses different colors (red, green and blue) wisely to make the display more readable. Choice in color is also applicable to the case: before shipping, you can prefer to go with either black or silver, although both are sleek and modern.

The mounting system is a non-issue with the Escort IX because its magnets are more secure compared to others’. The radar detector is missing a USB port and a cable though which should make updating both firmware and Escort’s preloaded Defender Database easier.

Escort IX matches other top-of-the-line radar detectors when it comes to the types of radar bands it can detect. Through it, you are protected from the X, K and Ka bands, and that’s not just rhetoric—it has been put on performance tests and often ranked at the top, with the Valentine One, Uniden R3, Escort Max 360c (source) and the Redline Ex among detectors to consistently best it. We’ve compared the Uniden R3 VS Escort IX so you can have an idea of how good it does.

Even though IX does not possess the longest range, it can be depended on to give timely alerts that are even earlier than the radar detectors as mentioned above. Of course, this works best when your speed is not fully pumped.

GPS is often absent from Escort’s offering on the lower end of the price spectrum, but we are pleased to know that is present on the Escort IX even when it is just average in terms of expense. Through it, the radar detector can identify your location, use the information it has on existing speed and red light cameras, measure your speed, and minimize false alerts.

The version installed on the Escort IX is improved compared to its predecessors’: it allows for power conservation, wider range and signal differentiation, among others. 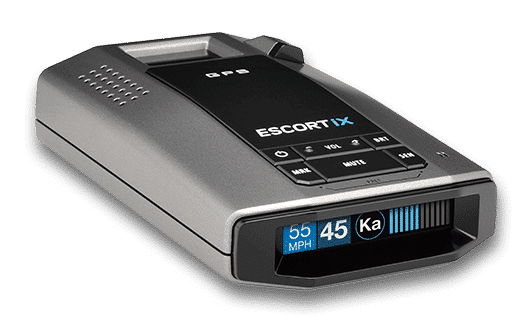 The Escort IX isn’t the best when it comes to performance, but the differences are negligible if we’re being honest. It is impressive especially in an urban setting, where countless signals can set off your alerts.

Being GPS-enabled, the radar detector adjusts as necessary depending on the speed you are taking. Among the modes you can choose from are Highway, Auto Lo K, Auto No X, and Auto. Lowering the sensitivity for the X and K band works best in cities.

Through GPS, the Escort IX can measure your speed and let you know if you are going over the limit. These can be personally set or modified based on your location’s laws. It is not a feature to receive enough love though given its loud nature, but there’s little doubt that this will not jolt you back to driving safely when activated.

With the Escort IX, you can expect a long, quiet ride. And even if it picks up harmless signals, it can be taught to consider those as something that can be ignored in time because of its AutoLearn technology. The reverse is also possible, in case the signal-emitting force is no longer in its usual place. Moreover, this particular device has an in-vehicle technology (IVT) filter which keeps it from beeping when a car with a collision-avoidance system is nearby.

The feature is also available in the Escort Redline 360C and other radar detectors from the brand.

The device is Escort Live compatible, and that means you’ll have an added layer of protection against troopers and false alerts. All you have to do is download the app on your phone (there are dedicated apps for both Android and iOS) and then pair it with the radar detector through Bluetooth. These are proven to be highly accurate because the information has been collected from multiple Escort users. 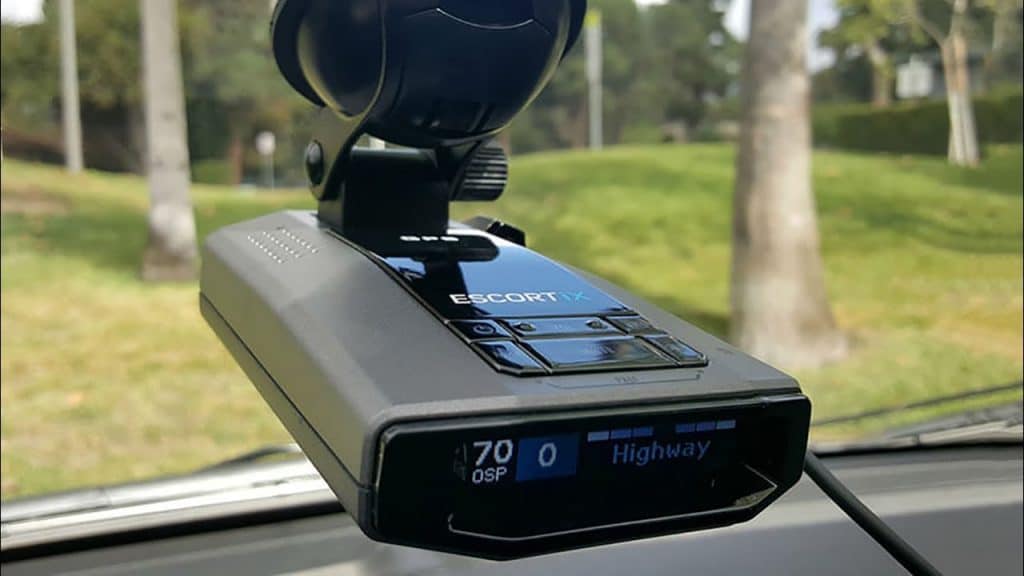 Q: Can the Escort IX detect police threats on the sides of the car?

A: Yes, although other models are better at this because the IX lacks directional arrows.

Q: Does the SmartCord work with BMW models?

The Escort IX can accurately detect different police radar and laser bands and alert you ahead of time of threats at the fraction of the price of most new Escort models. It lacks certain features though, such as directional arrows and a USB port for updating firmware and Defender Database.

Still, the pros outweigh the cons when it comes to the Escort IX. It is not the cheapest but it can match the performance of other well-received radar detectors, giving you the best value for your money. Read a review to a newer model, the Escort iXc radar detector.

Did You Know? If you’ll get a speeding ticket while using the iX – EscortRadar will Pay for it!