The Benefits of GPS in a Radar Detector

If you are interested in buying a radar detector, it is a good idea to get one that includes GPS. Most higher-end models include this feature because it is so useful. While some of the cheaper radar detectors on the market don’t have a GPS chip in them, they do offer Bluetooth connectivity. Before you decide on a certain radar detector to purchase, it is important that you take the time to learn why this particular feature is so important.

One of the biggest benefits of GPS in a radar detector is fewer false alerts. This means that most of the alerts you do receive will be for actual threats. Radar detectors that have built-in GPS can warn you about red-light cameras, which can be very easy to miss. 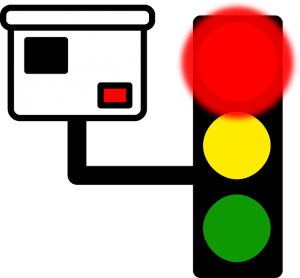 While red light cameras are still fairly rare in the U.S., an increasing number of cities across the country are starting to use them. These cameras detect when someone runs a red light, and the offender gets a ticket in the mail a few days later. Radar detectors that have GPS capabilities can also warn you about speed cameras, which are equally as tricky and hard to avoid.

It is important that you look for a radar detector with an extensive database of locations with red light and speed cameras. The larger the database, the less chance you will have of getting a ticket. These cameras are practically impossible to notice with just the naked eye, which is all the more reason to use the right tech in your car.

Those who have a habit of going over the speed limit will need low-speed muting. You simply choose a certain speed in the device’s settings and instruct it to mute all false alerts that fall below the specific speed. With this feature, you won’t have to deal with all of the annoying false alerts. The radar detector will notify you once your speed picks up.

One of the main concerns about low-speed muting is that you will miss notifications of legitimate threats. Some radar detectors emit one or two beeps just so you know that something was picked up. Other models don’t make any sound at all, which can be a bit unnerving. All alerts continue to be displayed visually, so you can simply look at the device to see all detected signals. This is a nice feature to switch on when you are stuck in traffic and aren’t considered about being caught speeding.

The GPS lockout feature that has become commonplace with many higher-end radar detectors is extremely useful, to say the least. This feature remembers recurring false alerts along your route so you don’t have to hear them every single time. If you know that a certain signal is a false alert, you will have the option of blocking it entirely. Radar detectors with this capability can distinguish between the same false alerts and signals that come from police speed guns.

You will find that GPS lockout is a feature that works best for those who live or spend a lot of time driving in urban areas. If you are constantly getting false alerts from automatic doors and other things, this feature is a must.

If you spend most of your time driving in rural areas where false alerts are far less common, GPS lockout is more of a luxury than a necessity. The most sophisticated radar detectors can automatically recognize false alerts and ignore them in the future. 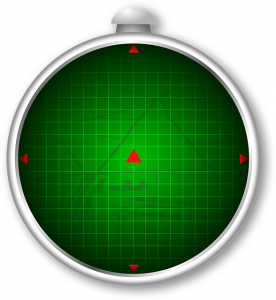 Other Benefits of GPS in Radar Detectors

There are some other benefits of having a radar detector with built-in GPS that you should know about. These devices can usually tell you the speed of your vehicle, which will help you know exactly how fast you are going. There is also sometimes a compass that tells you the direction you are traveling at any given time.

Some radar detectors with GPS will even tell you if you are going over the posted speed limit in a given area. This can be very useful for avoiding expensive tickets when you aren’t sure what the speed limit is where you are driving.

There are lots of useful features that modern radar detectors have to offer, but GPS is by far one of the best. It can provide you with added convenience as well as an extra layer of protection against those expensive traffic tickets.