What Happens if You Don’t Pay a Speeding Ticket in 2020? - RRD.org
RRD is reader-supported. When you purchase through links on our site, we may earn a commission. Read more.

What Happens if You Don’t Pay a Speeding Ticket?

If you are ever issued a speeding ticket by a police officer, it is important that you take care of it. The last thing you want to do is ignore any traffic citation, as there are some fairly serious consequences that come with doing so. In this article, we will go into detail about what happens if you don’t pay your speeding ticket. The more informed you are, the less likely you are to find yourself in a very bad situation. 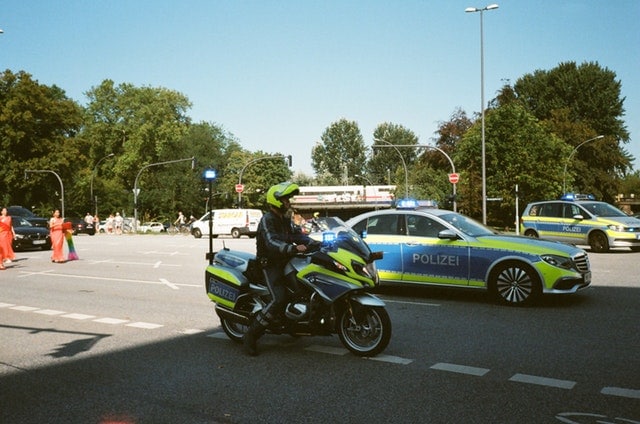 You Can Try Fighting the Ticket

The first thing you need to know is that you have the option to fight your speeding ticket in court. You can choose the “not guilty” option, which you should see on your citation. This basically involves scheduling a court appearance in an attempt to get it reduced or dismissed.

If you have a clean driving record, there is a good chance that you can at least get your ticket reduced to a lesser charge (see how in this article). While fighting a speeding ticket is not always a good idea, it is an option you should be aware of. Many people say that you should always try to fight every traffic ticket you receive. By doing this you could prevent points on your driving record.

You will, however, have to pay the ticket if you go to court and they make you take care of it. If a judge refuses to dismiss your ticket, you will be responsible for paying the full fine.

It is crucial that you take the time to read your citation so you know how much time you have to pay it. Some states give people who are ticketed up to 90 days to pay. You should be able to find this information right on your ticket.

What Happens if You Don’t Pay a Speeding Ticket?

Your Fines Could Increase

One possible consequence of not paying your speeding ticket is that your fine will increase significantly. Certain states like California add what is known as a Civil Assessment fee, which increases the total fine by quite a bit. Simply trying to ignore your ticket will only end up costing you more. This is typically the first thing that happens when you don’t pay your ticket within the required period of time.

Your Driver’s License Could be Suspended

It is not uncommon for the state to suspend a person’s license if they fail to pay a traffic ticket on time. This usually only happens after the payment has been negligent for quite a while. This basically means that you won’t be able to legally drive until the suspension is lifted.

The specifics of license suspension vary from state to state, so you will need to look into the laws of wherever you live. Some states will lift the suspension on your license as soon as you pay all outstanding fines. Other places will make you wait a certain period of time until you can begin to legally drive again. This is definitely not something you’ll want to deal with either way.

Problems with Renewing Your Registration

Those who don’t pay a speeding ticket could also experience problems with renewing their vehicle registration. There is a distinct possibility that the state won’t allow you to renew until all of your outstanding tickets are paid. This can be extremely frustrating to deal with, which is all the more reason to pay your fines in the first place.

Certain jurisdictions in a number of states file misdemeanor charges against those who fail to appear in court for a speeding ticket. The official charge is “failure to appear”, but this usually doesn’t happen for a while. When you sign the initial ticket the officer gave you, you essentially promised to either pay the ticket or go to court. If you are found in breach of this promise, charges can be filed by the state.

There is also a possibility that a bench warrant will be issued by a judge. This means that you can actually be placed under arrest for an outstanding warrant if you get pulled over again. Most people don’t have to deal with this, but it is a possibility. Some places have a policy of doing this while others are more lax.

If you suspect that you currently have an outstanding warrant, it is important that you get it taken care of right away. You don’t want to find yourself in handcuffs, so you’ll need to go down to the courthouse as soon as possible.

Those who voluntarily go in to take care of a warranty are rarely placed under arrest. There is a good chance that they will clear the warrant as long as you pay any and all outstanding fines.

Before you pay for your speeding ticket online, you should remember that most cities charge a fee for credit card transactions. You will most likely be able to see the exact amount of your ticket on the website.

You should receive a digital receipt for your payment via email after paying your ticket online. This is a completely safe and secure way to take care of your fine, and you don’t even have to leave home.

If You Can’t Pay

If you are unable to pay your speeding ticket due to financial difficulties, you will have options. Most cities will allow you to get on a payment plan to make taking care of your ticket as less of a financial burden.

It is important that you explore all of your payment options before simply ignoring the ticket. There is a good chance that you can come up with a solution that will allow you to pay the fines you owe.