Info About Radar and Laser Jammers in 2020 - RRD.org 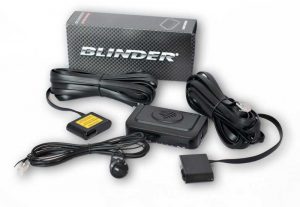 Getting fined for speeding is a bummer, we know. After all, depending on the circumstance, it is possible that we are asked to pay a hefty amount for what is considered a minor violation.

It can also be the case that we aren’t even at fault, but contesting a speeding ticket has the potential to be a draining experience. Thankfully, there’s a workaround we drivers could use to protect ourselves from such instances.

Besides dashcams that take actual footage of your drives, police scanners for increased driving awareness ,as well as radar detectors that often double as laser detectors and can be invisible against certain types of radar detector detectors, we also have jammers that work a little differently but help in preventing a violation all the same.

Jammers are often either radar or laser jammers, although the former has long been dismissed as ineffective in doing anything. Once upon a time, they used to be successful in working against police radar guns, but these were earlier models that are a far cry from what troopers now operate.

Radar jammers counter a radar gun by confusing the latter by emitting more radio waves so that it could not get an accurate reading of a certain vehicle’s speed.

But radar jammers no longer enjoy the reputation they once had, with others saying that having one is just as good as having nothing.

Laser jammers fare a little better. The technology has been able to catch up with those used especially by traffic authorities, and consequently aren’t dismissed as inutile in jamming laser. They operate pretty much in the same way as radar jammers, with one minor detail changed: the equipment returns and emits ultraviolet light.

Still, laser guns should not be able to register the right measurement of speed with a laser jammer in use. We’ve covered the best laser jammers in the market if you’re interested, and weighed the pros and cons for each model.

Here’s the catch though: they are not legal everywhere. In the United States, no state allows the use of radar jammers, which probably played a hand in the technology not being developed. Laser jammers meanwhile, can be used in most of the states save for a few.

No need to do another search: the information on the legality of jammers is right on this page. There’s also more reason to stick around: whether you need to read up more on jammers, learn of the best brands to check out and tips to employ, we have you covered.

What is Laser Jammer

What are the Radar Jammer Laws in 2020